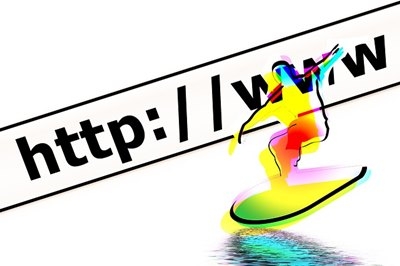 In the history of turnarounds, the decision to first impose and then withdraw the ban on pornography must go down as the quickest one in Indian politics so far. Rarely has officialdom shown such alacrity on dialling back on an order, at least putting up a modicum of resistance so that it doesn’t lose face. Not this time.

Normally, whenever there are protests against a government decision, one of the following things happens—the bureaucracy digs in and refuses to consider any objections to it. This could be because the political bosses are solidly behind the pronouncement and want to push it through or it is felt that any backtracking will be seen as a loss of face or worse, a political disaster.

The other possibility is that the government shows its readiness to discuss the matter with its opponents and after a little while, comes to a compromise, which allows it to show its magnanimity. Clever politicians always keep some elbowroom on an issue so that they finally get what they wanted in the first place. The third, and the least preferred way out is total capitulation which can be seriously embarrassing. But even here, there is a respectable gap between the announcement of the initial decision and the withdrawal.

This government, which has wanted to project the image of a tough, no nonsense regime has taken up the third option but instead of holding on for a few days, has done a U turn almost instantly. At one level it is a smart idea, since any further delay would have opened it up to even more criticism. Why not cut your losses and move on?

There are no answers to any of this so one can only conjecture. One possibility is that the minister – either on his own or because he was advised so – decided that action against pornography sites must be taken swiftly. At that stage, it must have looked like a sensible decision that would please millions of people, especially parents worried about their children’s morals being affected by watching easily available pornography. Also, it fits in well with this government’s own cultural agenda, which is to not just promote but also protect Indian values. And of course porn has no place in Indian values.

But this is where things went wrong. Instead of spending some time doing a study on which sites were truly harmful and which not and how best to stop the former so that the order looked sensible, the government just rushed to announce it. If one were to make a guess, this happened because the people at the top (and in the background) declared it had to be done as soon as possible. Some hasty research was done, a list was made and the order was issued. In this haste, even those sites that had no pornographic content (one was a site for comedy) were listed to be blocked.

This order exposed the government to a lot of anger and ridicule. Much of it was on social media, where the government was pilloried for being ban-happy, trying to impose its own preferences in food and morality. Someone called it “Talibanisation”, which seems to have stung Ravi Shankar Prasad, the Communication and Information Technology minister, who specifically denied the charge.

Within a day, the order was reversed, but, with a strange caveat—it now asked Internet Service Providers to decide what they would block and what they wouldn’t. This was just a way to wash off its own responsibility and shift the onus on to ISPs to use their discretion on what they would disallow. In short, ISPs would now be censors (apart from setting up teams to view and shut down offensive sites.) That is not their job. They provide the hardware, and shouldn’t be spending their time and resources on the software that passes through their lines. What if someone decides tomorrow to sue an ISP for an objectionable article?

The government may have thought it was taking the easy way out, but now the ISPs are angry. They have collectively objected to this new imposition on them, saying it is not their job to go through pornographic sites and block them. Clearly, this is one more example of this government’s shoot first think later attitude.

It all boils down to lack of experience, lack of application of mind and most of all, a lack of clarity in what the government wants to achieve. And that is the worse reputation for any administration to pick up.