Playing games may fritter away gains 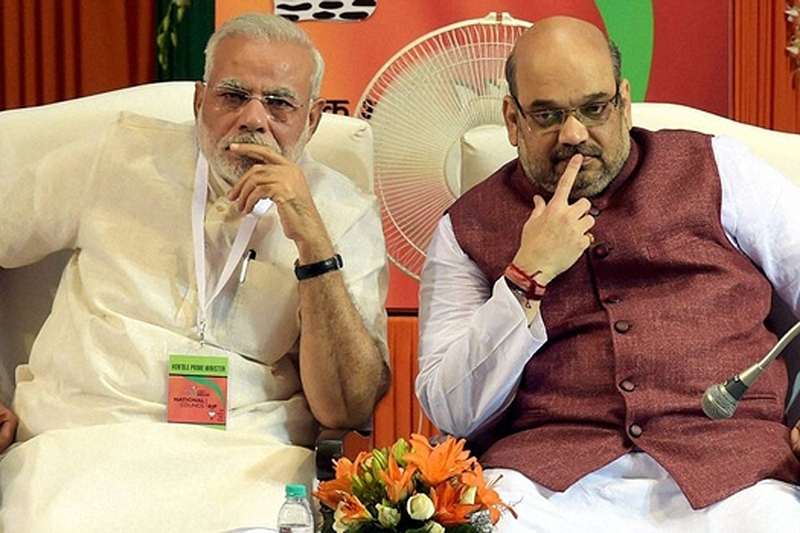 In the absence of “achhey din”, the BJP has had no option but to turn to its standard formula aimed at consolidating the Hindu voters – the “core” section of the communal-minded as well as the generally conservative groups – by playing the temple card.

Hence, the intensity of the pleas for beginning the construction of the Ram temple in Ayodhya even when the issue is pending before the Supreme Court with RSS chief Mohan Bhagwat calling for an ordinance on the subject.

But since the government has been hesitant lest it annoys the Supreme Court, the BJP has decided to make full use of the Sabarimala issue although this, too, involves an indirect criticism of the Supreme Court.

However, such legal impediments are unlikely to deter the party when it feels that the raising of religious fervour is the only way to overcome the government’s inability to keep its promise of vikas. So, even as the Uttar Pradesh chief minister, Yogi Adityanath, keeps up the pressure on Ayodhya, the BJP will try to use the Sabarimala issue to gain political mileage.

In doing so, it has carefully avoided the question of women’s rights and emphasised the adherence to tradition by the devotees, which bars the entry of women of a reproductive age into the temple. In addition, BJP president Amit Shah has an advice for the judiciary – do not pass orders which cannot be implemented.

This time, the party hasn’t gone as far as it did in the 1990s when it used to say that the courts can have no say in a matter of faith. Perhaps the BJP has realised that such obstinacy detracts from its commitment to the constitutional system at a time when a Union minister wants oaths to be taken on the Vedas and not in the name of God or by affirming “true faith” in the Constitution.

The BJP must be also aware that there is no immediate prospect of either building the Ayodhya temple or a judicial review of the Sabarimala judgment to its satisfaction. But what it wants is to keep the two issues alive in order to raise the communal temperature, which will fit in nicely with its anti-Muslim agenda whose cornerstone at present is the National Register of Citizens with its listing of real and fake citizens.

At the same time, the BJP is keen on avoiding a major communal flare-up – it is not concerned about minor ones – in case it revives memories of the 2002 Gujarat riots or the outbreaks after the Babri masjid demolition in 1992 lest they further deter investors.

Since it is a delicate game which the BJP is playing, the party is focussing more on Hindu sentiments vis-à-vis the birthplace of Lord Ram and the preservation of the prevailing customs in Sabarimala which, it expects, will have a wider resonance.

So far as the latter is concerned, its only problem is that it is up against a party in Kerala, where the Sabarimala temple is located, which is also cadre-based like the BJP and equally rigid ideologically unlike, say, the Congress which likes to keep all options open so that no one is offended as it is doing in Kerala by taking a line similar to that of the BJP.

The BJP, of course, can paint the Leftist government’s stance in Kerala adhering to the Supreme Court judgment as an example of communist atheism and, consequently, an anti-Hindu posture. No doubt the BJP can also peddle this line as yet another instance of how the Left-Liberals are cut off from religious/national sentiments. Nevertheless, it is a tightrope walk since the judiciary is also involved.

The BJP’s need for claiming to be the champion of Hindus may have become all the greater in the aftermath of the CBI mess which, too, is now before the Supreme Court. The court will be also considering the case of a Union minister and the #MeToo movement.

There is no way out for the BJP, therefore, but to divert attention from these cases, none of which is expected to deliver a judgment favourable to the party, to its Hindu nationalist avatar. In doing so, however, it is expected to further alienate the party’s longstanding opponents, viz the minorities and the Hindu liberals.

As a result, the BJP may lose the gains which it made in 2014 from sections of these groups because of Narendra Modi’s promise of all-round development – sabka saath, sabka vikas. Yet, the BJP options were limited, especially in the Sabarimala case because it could not afford to go against the Hindu religious beliefs, no matter how obscurantist and discriminatory towards women.

Any adoption of a “progressive” stance in line with the Supreme Court’s judgment would not only have been out of character, but also would have been unacceptable to the average RSS/BJP supporter. More than the Ayodhya temple, Sabarimala has tightened the grip of orthodox religiosity on the BJP, barring its entry into the 21st century.

Amulya Ganguli is a freelance journalist. Views are personal.