'Partition Horrors Remembrance Day': We can learn from history, but must not use it to settle scores, writes Ashutosh

We might hide ourselves in self-pity and claim that Partition was a parting gift of British colonialism, but the reality is that it is we, the nation that believed in unity in diversity, who convinced ourselves that India was not one nation, but two. Enough blood has been spilled in the past, there is no reason to aspire to repeat the same. Violence and bigotry will lead us nowhere.
Ashutosh 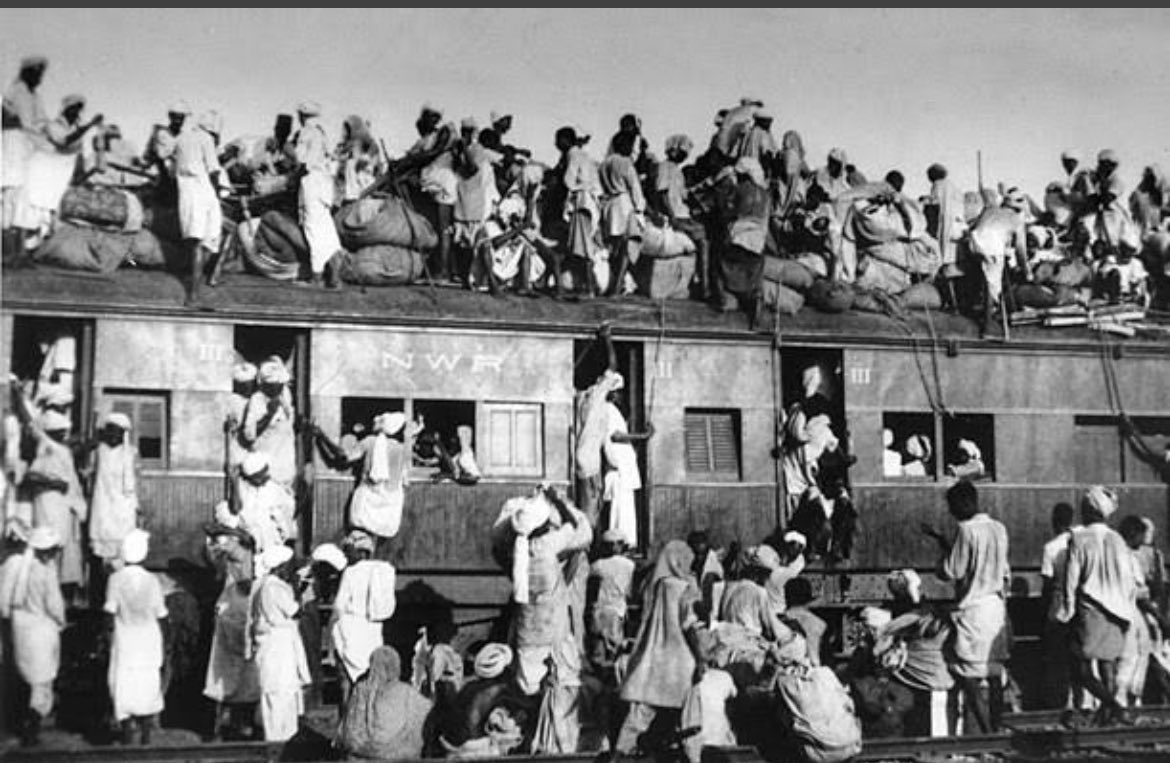 No words can more aptly define the helplessness, despair, anguish, pain and defeatism of the Partition of India than these three words. Nirmal Kumar Bose heard Gandhi muttering to himself in Noakhali. Bose was one of Bapu’s companions when the latter went to Noakhali, which was the centre of the most gruesome riots on the eve of the Independence of India. It was due to his great efforts that human barbarism of the worst kind could be halted, and thousands of lives were saved.

The violence in the last days of the freedom movement when India was to become independent left Gandhi distraught; he found himself helpless and he did not know what to do. The sense of failing in his lifelong mission of truth and non-violence engulfed him so much that he said, “Oldest friendships have snapped. Truth and ahimsa, by which I swear, and which have, to my knowledge sustained me for 60 years, seem to fail to show the attributes I have ascribed to them.”

By late 1946, it was apparent that India was left with no choice but to be Partitioned. The Jinnah-led Muslim League was hell-bent, being egged on from the shadows by the Britishers, to demand and accept no less than an independent Muslim state i.e., Pakistan. The Hindu-Muslim unity that Gandhi strove for so intensely all his life, was in tatters. The bigots on both sides were bloodthirsty. Friends and neighbours, who had lived together in peace and harmony for centuries, suddenly realised their religious identities and became sworn enemies.

As A S Bakshi, who was then the civil supplies officer in Jalandhar, remarked, “We used to be together ... for days and nights, all of a sudden, they lost confidence in us, ... at that time there were only two things... Muslims and non-Muslims. ... we have lost the best of friends, the people we loved, the places ... so much of us was embedded in every brick where we had stayed for generations.” (Yasmin Khan - The Great Partition).

After Jinnah called for Direct Action Day, a civil war was imminent. No less a person than Gandhi saw this. Yasmin Khan quotes Gandhi in her book, ‘The Great Partition’. According to her, while analysing the scene by the end of 1946, Gandhi wrote in his paper Harijan, “We are not yet in the middle of a civil war. But we are nearing it.” Gandhi’s words were echoed by the Iron Man of India, Sardar Patel. He said, “Pakistan was in the hands of the British government. If Pakistan is to be achieved, Hindus and Muslims will have to fight. There will be a civil war.” A similar sentiment was expressed by the Muslim League leader, who later became the Prime Minister of Pakistan, “The Muslims are not afraid of civil war”.

On August 14, Pakistan was no longer an imaginary idea, but what followed was no less than a civil war. Friends and brothers butchered each other. Women were no longer flesh-and-blood entities but became the symbol of the most horrifying religious identities which were to be inflicted with the vilest desire to defeat and conquer the ‘other’. Children became the easiest target to prove one’s manliness. Seeking the blood of the ‘other’ in the most inhuman way was the bravest thing.

It was so tragic that a nation which had followed Gandhi’s principles of non-violence so religiously since he appeared in India in 1914, was, in the name of religion, dancing on blood and gore. The nation had defied Gandhi. No wonder when India was celebrating its Independence and Nehru was making his famous speech about our “tryst with destiny”, Gandhi was not in Delhi, he was in sleep. It was his way of showing his unhappiness and of penance. It was his way of disassociating himself from everything that was wrong and barbaric. When the country was rejoicing, Gandhi was in deep introspection. Maybe, Gandhi was contemplating whether Independence had come too soon and the nation was not prepared to handle freedom.

This question should be asked again after 74 years of Independence at a time when it was announced by the Prime Minister that the country should observe August 14 as ‘Partition Horrors Remembrance Day’. As a nation, are we mature enough to handle freedom? If the country had defied Bapu then, the country is defying Gandhi now. If, as a nation, we could not behave like a mature society then, similar sentiments are being echoed again, similar evil desires are hunting the ‘other’ now too. Religious bigotry is gaining respectability with every passing day.

Let’s not forget that Pakistan was not created and built in a day. India was not partitioned by the mistakes of those who were at the forefront of the fight against the British empire. We might hide ourselves in self-pity and claim that Partition was a parting gift of British colonialism, but the reality is it is we, the nation that believed in unity in diversity, convinced ourselves that India was not one nation, but two. It was no accident of history that much before the demand for Pakistan surfaced, Lala Lajpat Rai talked about Partition in the early 1920s and Sir Syed Ahmad had said in the 1880s that Hindus and Muslims couldn’t live together, as we are not one but two.

The seeds of Pakistan were sown on the day when we as a nation, forgot to remember that India was a great civilisation because it embraced all and sundry, because it believed in ‘Vasudhaiva Kutumbakam’, because it was a land of diversity. The lines of Partition were drawn on the day when as a nation we forgot that our great Indian civilisation believed since the days of Vedas that gods are many, but reality is one, that is Brahman. It is the same Brahman which is within and in everyone.

In the words of Pavan K Verma, India has the great ability to see one in many and many in one. The concept of the other was alien in our civilisational tradition. Because the knowledge bestowed on us by Upanishad, says that there is nothing beyond Brahman. This is the ultimate reality, the world emanates from him and he transcends them all. We, as a nation forgot that this was the land much before Christianity and Islam were born, and where six philosophical traditions of Hinduism along with Charvak, Buddhism and Jainism lived together for centuries. We were told in our tradition that ‘Akam Satya, Vipra Bahudha Vadanti’ - truth is one, but pundits describe it in many ways.

It was the same truth that was stated by Swami Vivekanand. He had famously said that ‘Vedanta brain and Islamic body is the only hope’. Vivekanand, who is most quoted by the followers of the masculine nationalism, had said in the great Vedanta tradition, “… I have found out from experience that all evil comes from differences and that all good comes from faith in equality, in the underlying sameness and oneness of things”. There is no denying the fact that Mohan Bhagwat has also said that without Muslim, Hindutva can’t be imagined. But do his followers listen to him?

One can become wiser from an incident in Nehru’s life. Once Nehru was surrounded by men who had lost their loved ones in riots. A young man slapped him hard. Nehru was then the Prime Minister. He said nothing to the youth but instead, placed his hands on his shoulders. The youth shouted: “Give my mother back, give my sister back ...” Nehru’s eyes filled with tears and he said, “Your anger is justified, but be it Pakistan or India, the calamity that has overtaken us all is the same. We both have to pass through it.”

The memory of India’s struggle for freedom can’t be obliterated. Horrors of the Partition should not be forgotten. But what is problematic is when history is used as a tool to settle scores and seek revenge for the past. Memory has a bad habit. It keeps coming back to haunt. Enough blood has been spilled in the past, there is no reason to aspire to repeat the same. The country can’t afford to go through the grind again. Violence and bigotry will lead us nowhere. Let us not tempt fate and learn from history.

The writer is author and Editor, satyahindi.com