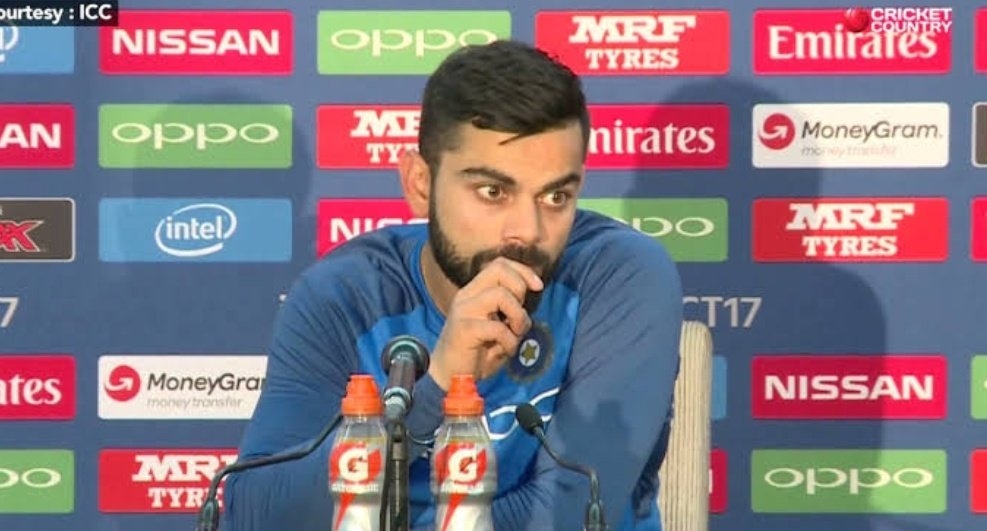 In the course of a routine press conference before the first Test match against New Zealand that begins on Friday, India’s captain Virat Kohli highlighted the growing workload on players, the physical and mental stress this leads to and its consequences.

Cricket website espncricinfo.com reports Kohli as saying, “I think it's been eight or nine years that I have been playing almost 300 days a year with the travelling and practice sessions…So it does take a toll on you. I am not saying it's not something the players are not thinking about. We do choose to take a lot more breaks individually even though the schedule might not allow you to. You are going to see a lot of that in the future from many players. Not just myself, especially from the guys who are playing all three formats. It's not that easy.’’

This gives you a peep into what players, particularly the leading ones who play multiple formats – like Kohli himself, Rohit Sharma, Jasprit Bumrah, Ravindra Jadeja – are thinking about, and discussing among themselves, friends and family. The fact that Kohli says players taking breaks from the game will become more common will not make fans, administrators and broadcasters – all major stakeholders in the game who desire to see the big stars in action for various reasons – happy.

Discussing his own situation specifically, Kohli says later in the press conference that “…being captain and having intensity in practice sessions and discussing the game, so it does take a toll on you. So periodic breaks for me seems to work pretty okay.’’ He goes on to add, “At a time when the body doesn’t respond as well, maybe when I am 34-35, you might have a different conversation at that stage…’’

Kohli’s candour is admirable. But what he had to say might have sent some alarm bells ringing in the highest echelons of the ICC and BCCI. Is he, for instance, suggesting even mildly that he might not have the same urge or stamina to continue playing in 3-4 years time? That’s a distressing thought! Losing a player of Kohli’s qualities as well as the box office value he brings, at such a young age, would be a disaster. That several other players, popular and accomplished across the world, might be thinking similarly compounds the issue.

Cricket could have a major crisis on hand if this is how the future unravels. All sports thrive when its best practitioners are allowed to perform at their optimum, and for a full tenure of career. Anything that can potentially abort such a career must be addressed swiftly. There is not much that can be done in case of an unfortunate, career-threatening injury, or irrecoverable loss of form. These are occupational hazards in sport. There are countless examples – across disciplines – of the uncertainty that stalks sportspersons.

There are other difficulties too in deciding what can be done to salvage careers. For instance, there is no fixed age at which players finish a full career. Some may quit at 35, others may continue till they are 40, a few could be burnt out even at 32-33.Zest for the sport and appetite for competition are other important factors. Sport at the elite level is not pastime but serious business. Half-hearted attempt, with competitive juices dried up and fire in the belly, can only lead to disappointment and disaster.

There is a flip side to this scenario, too. Players today, benefiting from better nutritional and training advice and advanced sports medicine can prolong their careers a fair bit. The number of 35+ players active today is perhaps the highest than at any other time in history. This is essentially because cricket has got professionalised and offers decent livelihood even to the modestly talented. Decades earlier, not just these, but even the most skilled and star players would be looking at jobs or other occupations to make a living, which curtailed careers.

The tsunami like impact of arrival of T20 cricket in the past decade has created a conundrum of sorts. Several leagues of this format have sprung up offering such mouth-watering financial rewards to players that many of them have sacrificed playing international cricket. This robs mainstream international cricket of fine talent because all T20 leagues are domestic tournaments. As yet, this has been manageable because the vast majority of players seek permission from their respective cricket boards to play in the leagues.

Indian players, for instance, even if out of contention for selection for all practical purposes, are denied permission to play in leagues other than the IPL. But this could be challenged legally some time in the future, and if the verdict is in favour of players, lead to a haemorrhaging of talent.

To return to the issue workload for players, that willy-nilly impacts all these other issues, what can administrators do?

It’s a complex situation and there is no pat solution. Perhaps what can help is getting a committee of players who are currently active – like national captains and some other leading lights drawn from across the cricket world – to study and reach consensus on optimum workload.

Rather than leave it to the whims and fancies of administrators and others, this will find greater acceptance among players.

The writer is a senior journalist who has been writing on the sport for over 40 years.