Nov 8, 2016: It could be argued that India’s digital journey did not need a demonetisation ‘jhatka’, writes Ajit Ranade

For many months, Indians did not have access to their own funds. And the small numbers of notes issued initially were all in 2,000-rupee denomination, which didn’t help, since nobody had change (the new Rs 500 denomination). There were long lines of people outside bank branches and ATMs. There were cases of rioting, attacks on bank staff and people died, some of them in the lines to withdraw cash
Ajit Ranade 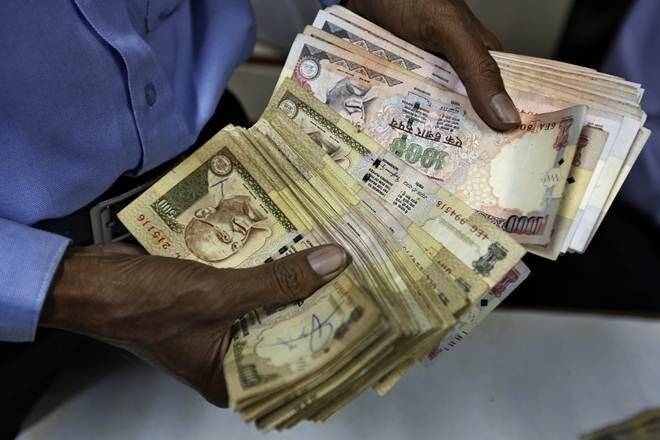 This week marks the fifth anniversary of the day demonetisation was sprung on the nation, at merely four hours’ notice. The Prime Minister announced at 8pm on November 8, 2016, that all thousand and five-hundred rupee notes would cease to be legal tender from midnight that day. Effectively 86 per cent of the currency was taken away and the new replacement notes were not yet ready.

For several months, Indians did not have access to their own funds. And the small numbers of notes issued initially were all in 2,000-rupee denominations, which didn’t help, since nobody had change (of the new Rs 500 denomination). There were long lines of people outside bank branches and ATMs desperate to withdraw the small 4,000-rupee limit allowed in the early days. There were cases of rioting, attacks on bank staff and people died, some of them waiting in lines to withdraw money.

Snatching away the belongings of people was a very harsh and cruel public policy measure. After 50 days, in late December, the government also passed an ordinance (later made into law) that the possession of old notes was illegal (on par with owning drugs). There is telling irony and pathos, that recently, unaware of demonetisation which happened five years ago, a blind person, who earned his keep by begging in the Krishnagiri district of Tamil Nadu, asked the collector to exchange his entire life savings of Rs 65,000 in old notes. Of course, he was turned down. There are probably lakhs of such savers, who in the past five years discovered that their savings were equal to mud but had no recourse.

And yet month after month, after that fateful November 8 announcement, public opinion surveys showed strong support for the Prime Minister’s intent. People around the country, especially the poor, were convinced that some big fish were fried and were caught with their pants down.

The PM’s message was that hoarding cash was black money, and the sudden, almost ‘surgical attack’ took the big, fat cat black money hoarders by surprise. If this thesis was correct, then a substantial portion of the demonetised money should not have come back into the banking system. But it became clear within the first 60 days itself, confirmed by the Reserve Bank of India much later in August 2017, that more than 99 per cent of the cash had been turned in.

Only 7% black money in cash

This return of demonetised currency into the banking system was not surprising at all. That’s because the government’s own data from several years of income-tax raids and action by the Enforcement Directorate had shown that nearly 93 per cent of ill-gotten wealth was in the form of benami land, gold, real estate, stocks and foreign accounts. So only seven per cent of black money sits around as cash.

Even then, demonetising high-value notes is a good idea, mooted by the OECD, the European Central Bank and even the former Chief Economist of the International Monetary Fund, Ken Rogoff, among many others. But their version of discontinuing high-value notes, was with an advance notice of 12 to 18 months. And certainly not to introduce even higher-value notes!

The highest value note in the United States is $100, which is 0.16 per cent in value of their per capita income. And most of the $100 notes are actually circulating outside the US, not within. For India, a Rs 2,000 note represents 1.3 per cent of the country’s per capita income. That’s more than eight times the ratio of the US. Since it is eight times higher in relative terms than that of the US, by American standards, our highest denomination should be 1/8th of 2,000 which is around Rs 350. So, a maximum 500-rupee denomination should suffice. If the demonetisation was supposed to make a big dent on black money, it clearly failed.

Incidentally, the cash in circulation prior to November 8, 2016, was 18 lakh crore, and five years later, it is 28.3 lakh crore, a jump of 57.5 per cent i.e. roughly a ten per cent per year growth, higher than the real GDP growth. In these current times of high inflation, the cash with the public is extraordinarily high. This is despite a steep rise in electronic payments and the widespread use of the Unified Payment Interface (UPI). The latter is clocking more than four billion transactions every month, and annually will clock 25 billion transactions as against 15 billion in China.

But it could be argued that India’s digital journey did not need a demonetisation ‘jhatka’. It would have happened anyway, as the current pace of adoption shows. More importantly, the share of payments (by value) which are instant payments of the UPI kind are 15.6 per cent as per a study by a US company called ACI Worldwide. Even the Reserve Bank of India’s annual report shows that retail non-cash, instant payment systems still have a lot of catching up to do. It is undoubted that the pace of adoption of digital payments is superfast, but no credit for this should be given to demonetisation.

The objectives of demonetisation were never spelt out clearly and the narrative kept changing in the course of the following year. At first, it was an attack on black money, counterfeit currency and terrorist financing. Next, it was mopping up extra income tax and bringing more people into the tax net. Next, it was to make India move rapidly to cashless transactions. And then again, it was to enable the ecosystem of fintech companies and innovation in the financial system. None of this has borne out.

However, one can use the ‘post hoc, ergo propter hoc’ fallacy to justify that demonetisation goals (whatever they were), have been met. Not only does “correlation does not mean causation”, but also, just because X follows Y, it does not mean that Y causes X to happen. All this may sound too nuanced, and it will need this year’s economics Nobel winners to tease out the causality between demonetisation and subsequent effects.

Undeniably, the following propositions still hold. First, people suffered hardship. Second, the informal sector economy was badly hit. Third, the popularity of the Prime Minister, who took ownership of the decision remained undiminished. (This could be attributed to his power of projecting a ‘reality distortion field’ as often referred to by the legendary business leader and innovator Steve Jobs). It is the power of his charisma.

Fourth, cash is back in circulation with a vengeance, despite a steep increase in digital payments. Fifth, until the pandemic year, GDP growth declined continuously and the investment-to-GDP ratio stagnated. Last, the informal economy as a share of the total economy has shrunk, although the factors are many. The analysis of shrinkage of the informal economy is left for another column.