However quite apart from the souring relationship between the SP chief and the newly-elected Muslim legislators, the troubled equation between the two may indicate a newly- emerging trend in the community to chalk out its own independent course. 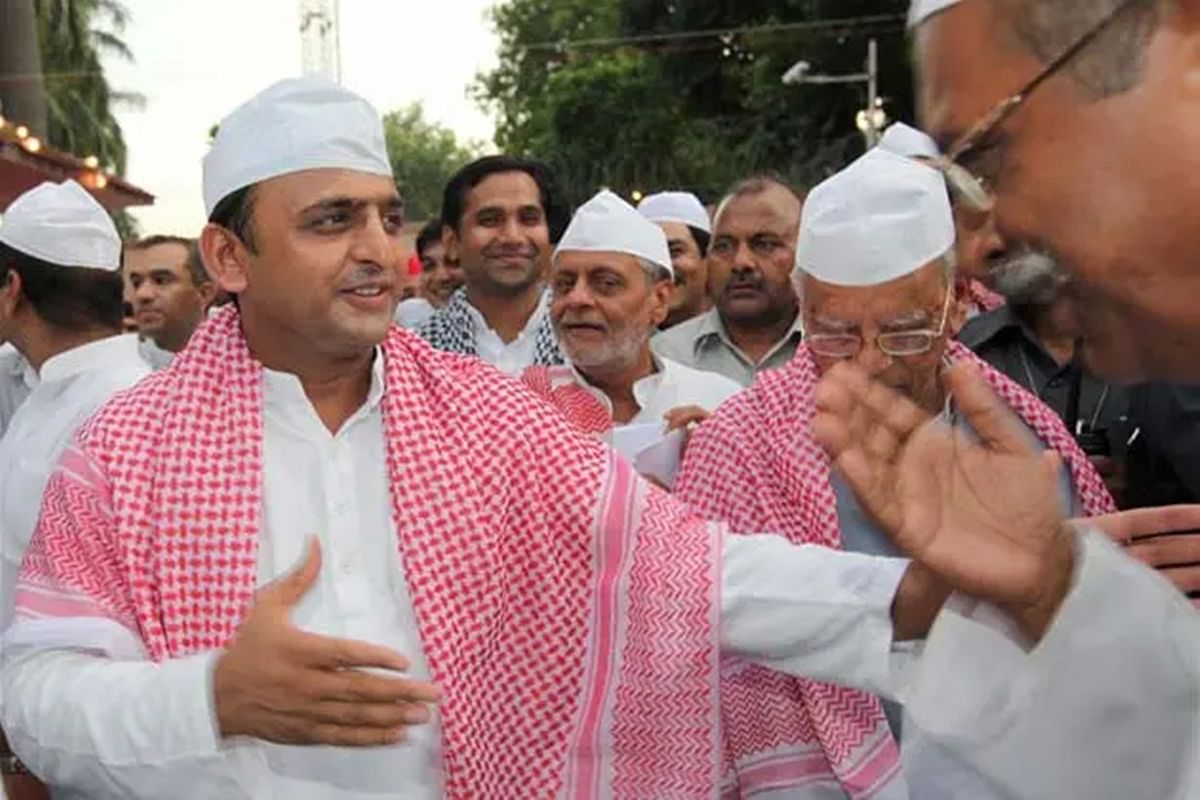 After voting en bloc for the Samajwadi Party, Muslims in UP are beginning to feel let down. And they are venting their growing disenchantment against Akhilesh Yadav. Several newly- elected Muslim MLAs and other prominent voices in the community have spoken against the SP President for remaining silent while the BJP government allegedly singled them out for punitive action on trumped-up charges. Thanks to the Muslim vote which went almost exclusively to the SP, not only did the party improve its tally from 47 seats in 2017 to 111 in the recent poll, what is more, of the 34 Muslim MLAs in the new House, as many as 31 belonged to the SP. Yet, several Muslim leaders have publicly complained that Yadav refuses to lift his little finger when the Yogi Government acts in a most vindictive manner against them. Worse, the SP chief hasn’t had the courtesy to visit Azam Khan, the most prominent Muslim leader of the party, who has been in jail for several months on criminal land-grab and corruption charges. In fact, one of the first to publicly protest against Yadav was a close aide of Khan. Should he continue to remain indifferent to the plight of Muslims, the Azam Khan aide warned Muslims, who number nearly 20 per cent of the total population in the State, would explore other options. Without a doubt, the SP increased its vote share in the recent poll by nearly ten per cent due only to the en bloc Muslim vote. Previously, the Muslim vote was divided between the SP, the BSP, and other parties fielding Muslim candidates. But this time due to the overt anti-Muslim propaganda by the Sangh Parivar, the community vote was totally consolidated behind the SP. The BSP leader Mayawati blamed the desertion of the Muslim vote for her party’s humiliating performance. But at least Yadav has reason to be grateful to the community.

What is most galling for Muslims is that he has chosen to remain mute even when they have complained of vindictive action by the state government. However quite apart from the souring relationship between the SP chief and the newly-elected Muslim legislators, the troubled equation between the two may indicate a newly- emerging trend in the community to chalk out its own independent course. No longer are Muslims ready to remain a passive, and undemanding, appendage of the so-called secular parties as they were for decades of the Congress Party without realising any socio-economic benefits for themselves. The Sachar report testified to that failed tryst. In Assam, Badruddin Ajmal had sensed the opportunity early, founding the All India United Democratic Front. The AIUDF is now the party of the first choice for the Muslims in the state, obliging even the Congress Party to seek an alliance in order to fight the dominant BJP. The so-called secular parties such as the SP will have no one else but themselves to blame if the Muslims in UP too were to seek to consolidate separately under a blatantly sectarian banner such as the AIUDF. But it may already be too late. For the manner in which Muslim leaders in UP have spoken out against Yadav reveals a general disenchantment against the so-called secular parties.

Quite clearly, having realised that over the decades they were merely used as a vote-bank by most parties, especially the Congress, without any party really caring for their well-being, the time may have come to exploit their numbers to seek redress of their grievances. At the height of its popularity, the BSP had a telling message for the politicians: Vote Hamara Raj Tumhara Nahi Chalega. We are afraid the expression of growing anger and resentment on the Muslim street points to further fragmentation of the society on religious lines with the Muslims constituting their own separate political vehicles wherever possible. Unlike Dalits in UP, consolidation of the Muslim vote in a Muslim-specific separate entity could prove far more problematic. Eventually, it may have terrible nationwide implications which could prove difficult to handle. Yadav should stop fearing the BJP reaction and try and allay the misgivings of his own Muslim MLAs.