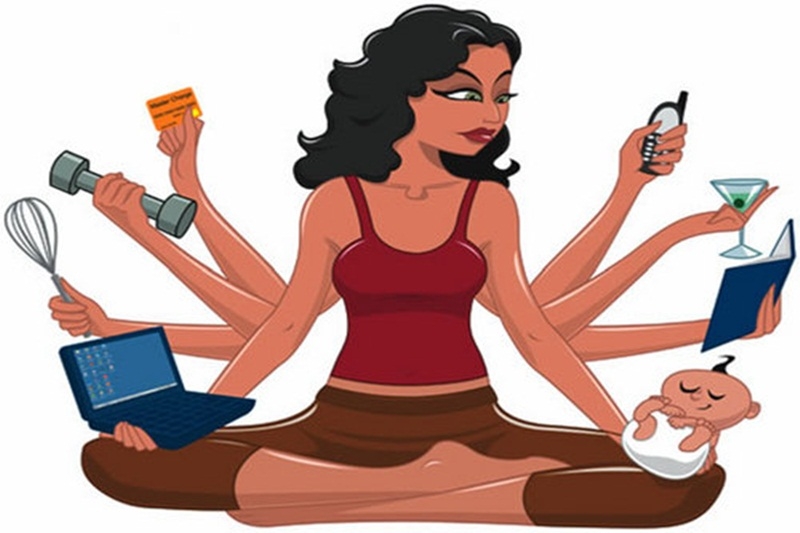 So as another Raksha Bandhan goes by in all its materialistic glory, with celebs posing and preening with their siblings in their festive finery, a tiny change in what is essentially a patriarchal ritual is seen in how women no longer see brothers as protectors, and tie rakhis on the wrists of their sisters and gal pals too — women who will have their backs when they need them.

Quite a few social media posts have suggested that just like husbands should fast for the wellbeing of their wives on Karva Chauth (when married women fast), brothers should also tie rakhis on the wrists of their sisters. Let the rules of modern life promise love and support (protection is iffy, in any case) to and from both sides. There are so many fasts women observe for brothers, husbands, sons, but not one day for men to starve for the women in their lives.

While there are truly loving brothers, most of the time, when property is involved, men have no compunctions about depriving sisters of their share. Most parents are also okay with letting only their sons inherit, since girls are “paraya dhan” belonging to their marital home. Leave aside the wealthy, a domestic worker who got a flat under the slum redevelopment scheme, is being pressured by her son to transfer it in his name; the son who does not help his old mother in any way. She has to continue to work for a living, aided most of the time by her daughters. “But a son is an heir,” she argues, as her employers exhort her to make a will leaving an equal share for her daughters. Even if she does, it is highly unlikely the man will let his sisters have a share, and they are hardly likely to go to court to claim it, as they are raised to believe their brother has more rights than they do.

But this year, the sisters did not bother to turn up to tie a rakhi; the brother was probably happy about saving the gift money, but it was also a strong and silent statement to him, that the sisters could not be bothered about pointless customs.

As long as it is an occasion for families to meet and celebrate, it is fine, but even festivals need to evolve with the times. Just as ‘modern’ needs to be redefined, too. The media — social and print — is aghast at the text book Current School Essays and Letters, written by Purabi Chakraborty (MA (Eng), BEd, DELT), that has a strange description of the modern girl, which is toxic and funny in equal measure.

The essay on the modern girl, begins thus, “The girl in the modern age is generally very smart, intelligent, conscious and fashionable.” Oddly worded but, unobjectionable. Then the venom flows. “She is always imitating the male in fashion, ambition and professional endeavors. “She loves  to wear jeans, pants and hot pants. The colourful sarees have no place in a modern girl’s stock of garments.”

“The modern girl is no longer shy, obedient and homely creature as she used to be. She is not ready to confine herself to the four walls of the house. She claims for her rights as she wants to enjoy life like the boys. She is more a self-centred creature than a loving daughter or sympathetic sister. She is eager to enjoy life fully and so she does not want to miss any party, cinema show, concert, fashion parades and such outdoor activities. She talks and makes friendship with boys freely and easily. A modern girl is too selfish to think about others. Only latest fashions and cosmetics are very dear to her.”

What is really awful is that this has been written by an educated woman, not one of those “sanskari” men who think pulling down women who do not conform to their conservative mindsets, is their birthright. Parents and schools have protested against the book, and the Central Board for Secondary Education has distanced itself from the publication. But, what if it has reached some schools, and escaped the notice of parents? Kids will read this bilge, and at least some of them will be influenced by it — kids tend to take their school books seriously. This book has been called out because pages were posted on social media, but other such books might just have slipped into the school bags of kids.

If not in such ridiculously sexist words — and in poor English to boot — casual sexism does creep into books that kids read. When illustrations always show a woman at the stove and a man going out to work with a briefcase, children will believe that’s what gender roles are supposed to be.

If they see female achievers around them, they will automatically attach these negative traits to them — that they have competed with men, neglected their families, ignored good values and run after fashion to get where they are. Enlightened parents and teachers have to constantly keep an eye out for regressive content and point it out to their kids. Better still, to teach kids to think and reason for themselves by the example of their own non-stereotypical lifestyle.

We may think only ignorant people are sexist, but what about the ridicule being aimed at Priyanka Chopra because she is about to marry a man a decade younger than her. Men marry women half their age, and are admired for their ‘conquests’.

Marriages break up for many reasons, but if that of an older woman and younger man does, see the number of smug “I told you so” float around. Priyanka Chopra has done well to ignore all the negativity and do her town thing. As other women should, too. And the place of textbooks that  denigrate the modern woman is in the pile of  raddi paper!

Deepa Gahlot is a Mumbai-based columnist, critic and author.