But unmindful of the seriousness of the threat of the Invisible Killer, she has lagged in enforcing the lockdown, allowing people not just in rural areas but even in urban centres to make a mockery of social-distancing and self-isolation.
FPJ Bureau | Editorial 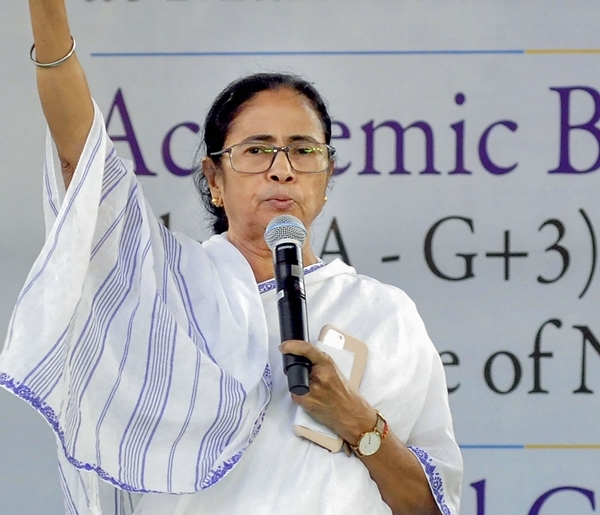 It is hard for hardened practitioners of politics to stop being anything but politicians even when death knocks the door of people, nay voters. West Bengal Chief Minister Mamata Banerjee, making a hash of ant coronavirus operations, could learn a thing or two from her counterparts in Maharashtra, Rajasthan, Chhattisgarh — all non-BJP States.

But unmindful of the seriousness of the threat of the Invisible Killer, she has lagged in enforcing the lockdown, allowing people not just in rural areas but even in urban centres to make a mockery of social-distancing and self-isolation. Her paranoia is such that an advisory from the central government is dismissed with utter disdain as if the intent behind it was to destabilise her government rather than to help her administration to minimise the spread of the virus.

Following reports of a flagrant defiance of lockdown guidelines when a central team visited the State, as it did a couple of other non-BJP States, Mamata erupted with holy rage, threatening to quarantine the team and send them back without letting them visit any of the suspected hot spots. When the central team managed to go to a few rural districts where the lockdown was enforced but only in name, it was denied the basic courtesy of cooperation by the district officials on the orders of the Chief Minister.

Intervention of Governor through a social media message threw a fresh light on the cussedness of the State government, which reflexively treats any action of the central government with unconcealed hostility. Jagdeep Dhankar pointed out how a team of WHO officials was extended all courtesy and cooperation when it visited a couple of rural districts in the State. However, when an inter-ministerial central team visited the rural areas every effort was made to obstruct its functioning.

Only when the Centre called her bluff, and in a strongly worded letter reminded her of the consequences under the Disaster Management Act and drew her attention to the directives of the Supreme Court in this regard, did sense dawn on her. The resulting cooperation from the State government would allow the central team to clearly assess the actual situation in the State and recommend measures for implementation of the anti-coronavirus drill more rigorously.

There is no need for the State Government to under-report or hide the spread of the virus because it stands to gain nothing from falsifying figures of fatalities and infections. Suppression of facts will undermine the fight against the virus. Remedial steps can be taken only when the actual situation on the ground is known.

There are no trophies to be won or lost by falsely claiming that the state was free from the virus. The kith and kin of those who pay with their lives will know the truth anyway. In short, instead of playing cheap politics and thus exposing the vulnerable poor to the deadly virus, Mamata Banerjee should join hands with the Centre to fight the pandemic. Defeating the pandemic is a national objective.