Mahant Narendra Giri’s death and pursuit of the profane Death, whatever be the circumstances, is painful to those who were associated with the departed. The death of Mahant Narendra Giri, who headed the Akhil Bharatiya Akhara Parishad, the largest group of Hindu seers, is certainly one such. Prime Minister Narendra Modi and UP Chief Minister Yogi Adityanath were just two of those who condoled his death and recalled his services to make the dream of building a magnificent temple a reality at the spot where Babri Masjid once stood. The Ram temple will be ready for consecration by the next general election. The circumstances in which his body was found hanging at Prayagraj’s Baghambari Gaddi Mutt with a seven-page “suicide” note have raised suspicions, which can be quelled only through foolproof investigations, preferably by the Central Bureau of Investigation.

The arrest of Mahant Anand Giri, who was his second-in-command with access to enormous sums of money and was mentioned in the “suicide” note as the person who caused distress to the senior Mahant has made the case diabolical. That the deceased was barely literate and could not have written such a lengthy note points at the possibility of murder. Whatever be the case, the denouement is totally shocking and the government should spare no effort to bring out the truth and punish the guilty. The incident is a pointer to the murky goings-on even in the so-called realm of spirituality. As the poet had said, all the fights are over either money or women. Even those who appear spiritually-inclined are not exceptions.

While the grand temple, the foundation stone of which was laid by the Prime Minister, is slowly coming up, controversies of various kinds have been doggedly following it. There have been allegations of profiteering levelled against people who, many thought, were above temptations. It is pointless to blame only the Hindu seers, for the tendency to dip hands into God’s coffers is widely prevalent among all religions and their systems. That is why some of those who were considered God’s own men on earth are today languishing in jails or are facing serious charges of moral turpitude. They are not to blame, as they are, alas, driven by political, monetary and other earthly considerations, rather than the pursuit of the absolute. The sacred and the profane seldom co-habit and those who try to balance them eventually end up as the losers 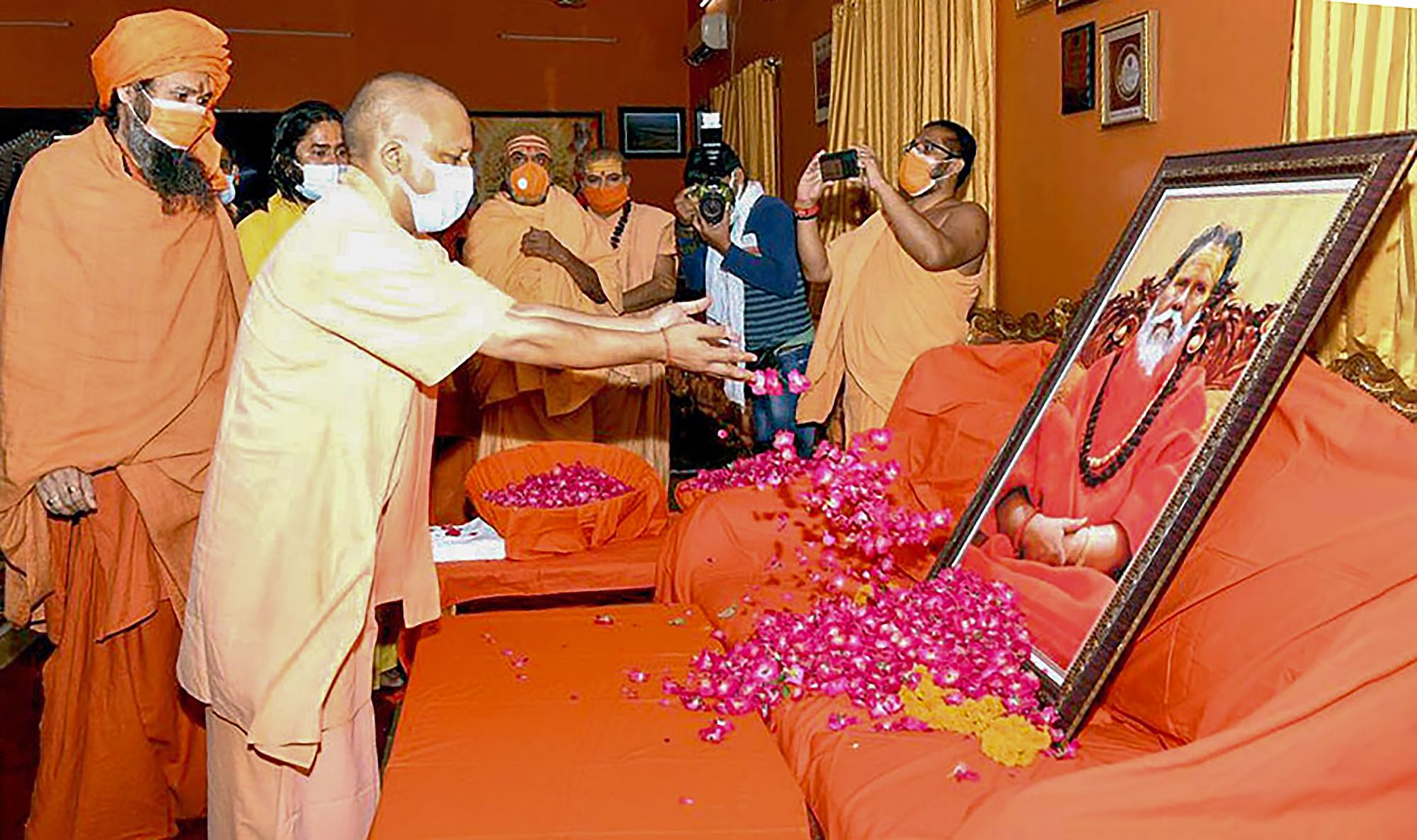