Looking at Tokyo Olympics beyond games: From beautiful moments created by humans and robots, to sustainability lessons 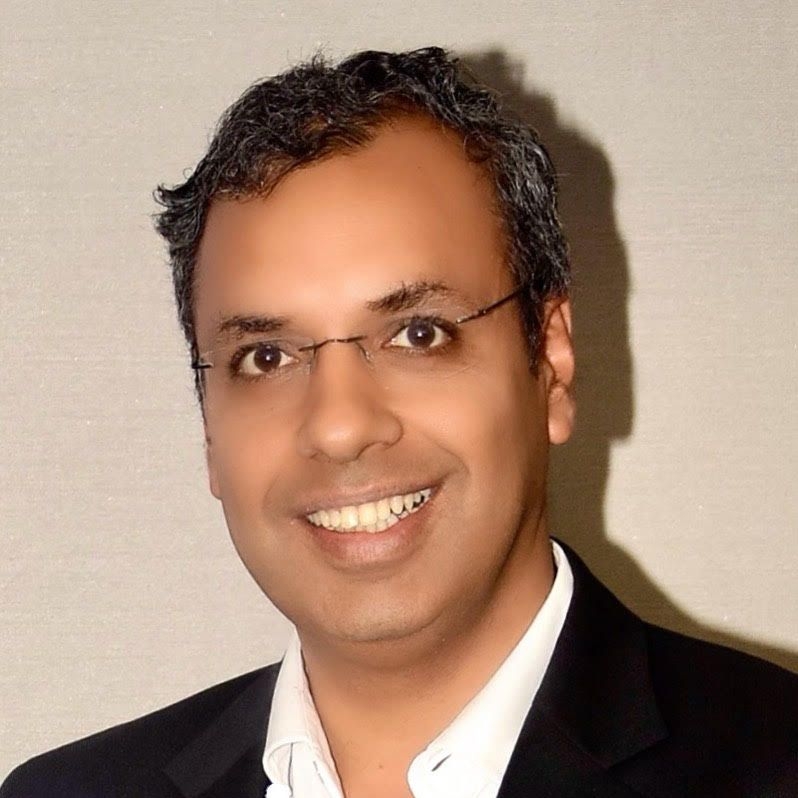 Looking at Tokyo Olympics beyond games: From beautiful moments created by humans and robots, to sustainability lessons |

The recently concluded Summer Olympics were the most engaged games in history, with over 5 billion engagements on the IOC and Tokyo 2020 social posts

The Tokyo Summer Olympics officially ended with a glittering ceremony on Sunday, August 8. While Tokyo also had its fair share of euphoric and melancholic moments normally associated with sports and sportspersons at the highest levels, this edition of the games was unique in more ways than one.

The hosts wanted to showcase the best they had to offer and were well on their way to deliver it. They had spent $15.4 billion to make it happen - the highest amount ever for any Summer Olympics (unofficially the figure is said to be almost double).

COVID: The games officials were on tenterhooks due to the shadow of COVID 19. With over 11,000 athletes and 50,000 support staff in the vicinity, the Olympic Games were expected to be a super-spreader event. But spectator-less events and strict implementation of protocols like masks, social distancing and high level of contactless hygiene ensured that the games remained largely unaffected. At a time when the rest of the country was reeling under the effect of a devastating COVID wave with daily case load at an all-time high in Tokyo (> 5000) and overall Japan (>15000), there were just over 533 ‘games related infection cases’ from July 1 until the closing ceremony, of which just about 30 were athletes. While the games began with the locals largely opposed to the mega event under the shadow of the pandemic, they warmed up and actively supported it as the games progressed. TECHNOLOGY: From deploying an army of Intel-powered miniature drones accurately positioned to create complex 3D animations at the opening ceremony for entertainment to life-saving AI-based devices (backed by Alibaba’s cloud-based real time monitoring system) to prevent heat-stroke – technology was all-suffusing. They had a 3D vulcanized brick red rubber track with air-filled cavities from Mondo and 3D printed Sports shoes from China’s Anta Sports or Nike’s Vaporfly to run on them.

Toyota’s basketball-playing robot at the halftime of the US vs France match was an absolute darling. We saw Field Service Robots (FSR) to carry rugby balls, javelins and hammers. In fact, the blue and pink cartoon-like robots Miraitowa and Someity are the official Tokyo Olympics and Paralympics mascots. Human Support Robot (HSR) and Delivery Support Robots (DSR) in Tokyo were meant for aiding on wheelchairs, ushering people to their seats, carrying food items, translating languages, lifting heavy loads apart from waving and shaking hands with spectators. Alas, their job was severely curtailed in pandemic times. 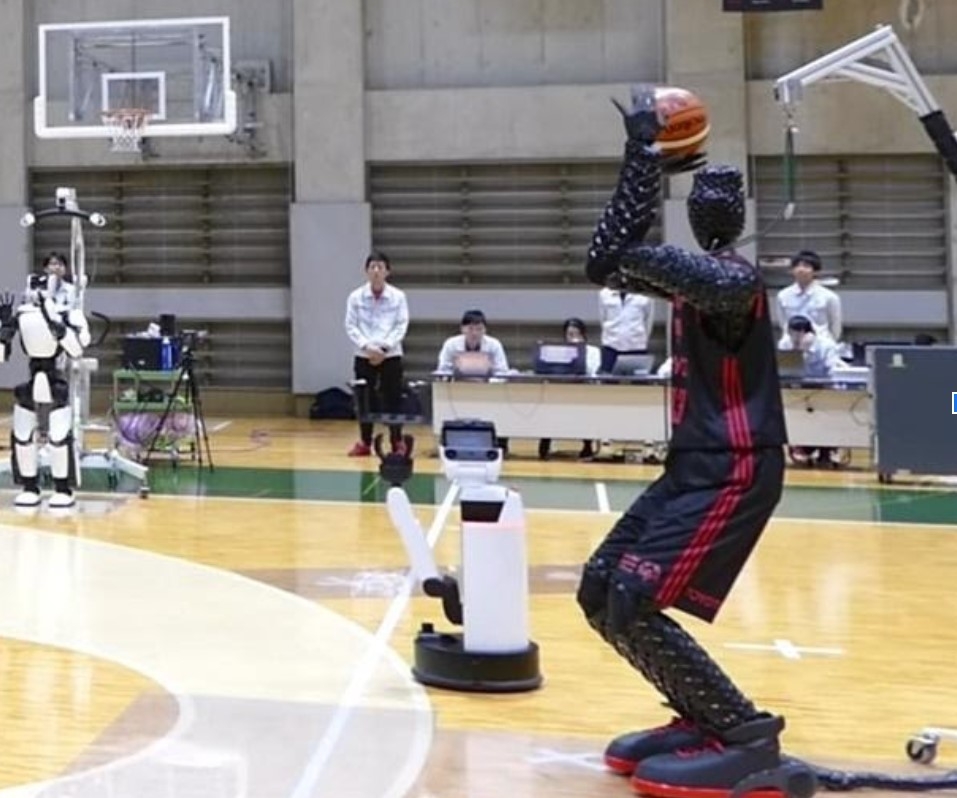 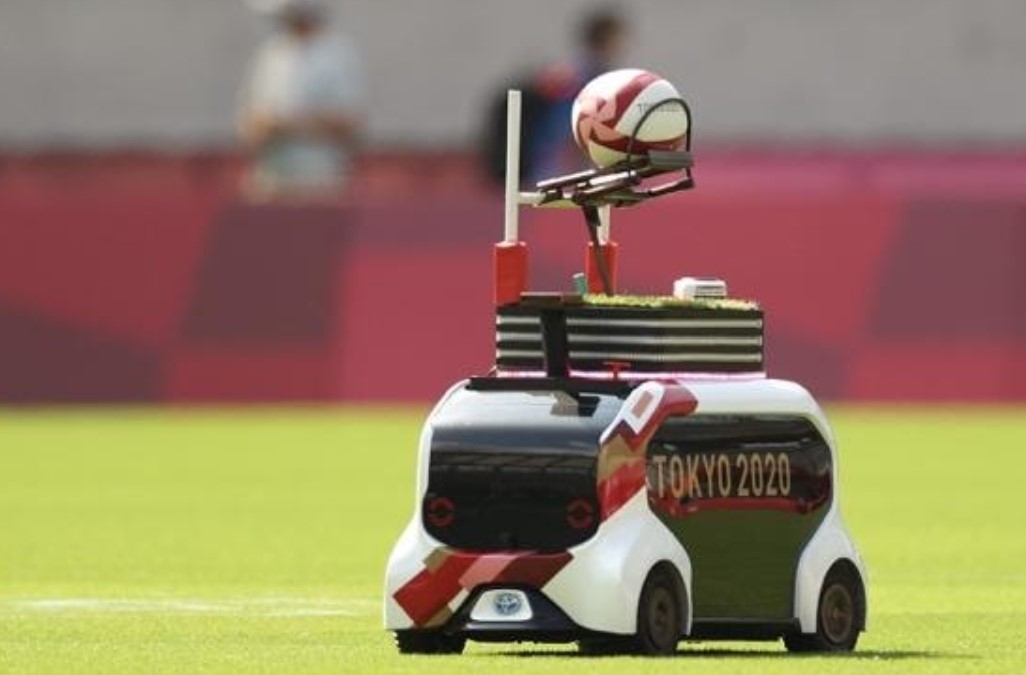 However, the best technology innovations were observed in camera and broadcast technologies. The 100m sprint finals was witness to Panasonic’s jaw dropping ‘Projection mapping light show’; it featured 3D images of the world and a zoomed-in shot of the Tokyo skyline on the track, before introducing each athlete. Olympic Broadcast Service (OBS) used Intel’s True View cameras to build three-dimensional, 360° video through an array of cameras installed high in a stadium or arena. Simply put, it took images from multiple cameras and combined them using artificial intelligence to show the sporting action from every angle. It was a delight watching Neeraj Chopra’s Gold-winning effort in a 360° format. 3D athlete-tracking (3DAT) technology leverages computer vision and AI technologies from Intel and Alibaba for providing an immersive viewing experience and overlay visualizations during the athletics sprint events with analysis and race statistics. While some if these technologies are not new, it’s the coming together of these technologies that made the event so beautiful.

BEAUTIFUL MOMENTS: The world felt the warmth of the tight embrace of Italy’s Tamberi and Qatar’s Barshim when they shared the High Jump Gold. The veneration for Kiesenhofer – the cycling Gold medalist who holds a PhD and is pursuing her post-doctoral research in Mathematics. She had trained for the event without a coach or professional team and was one of the shock upsets in Tokyo. Watching the women’s High Jump final, I was curious about the ‘notes’ that the Aussie Nicola McDermott was writing. As it turns out, she gives marks to herself on every aspect after every jump to evaluate her own performance and did that in the Olympic finals too!

The word ‘gratitude’ was redefined when our own Mirabai Chanu tracked down truck drivers who gave her a ride to reach the training center and served them a meal to express her appreciation. Jamaican Gold-winning sprinter Hansle Parchment tracked down the lady volunteer who had helped him get to his race after he got lost en-route. Similarly, everyone was impressed when Ryan Crouser hoisted a placard for his grandfather after his Gold medal effort in Shot Put. 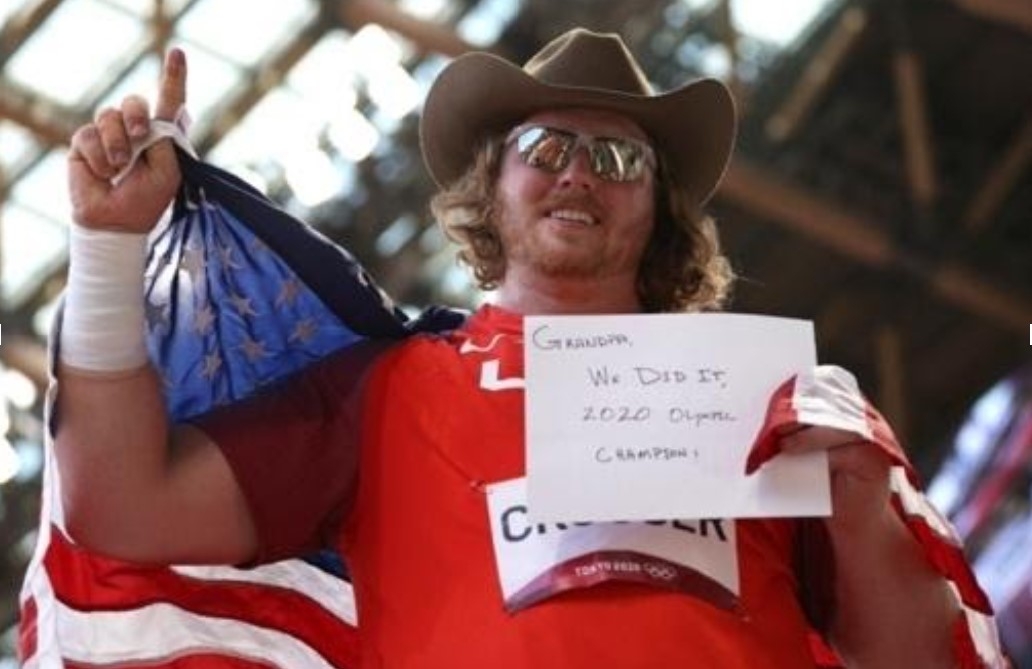 And while Simon Biles’ ‘twisties’ sparked off a big debate around mental health, Allyson Felix made a solid statement for gender equality at Tokyo. Allyson was the most decorated track and field athlete of all time with a haul of 11 Olympic medals. She founded her own line of sneakers after being spurned by Nike for getting pregnant during her contract period.

SUSTAINABILITY: Apart from the recycled medals and victory podiums, the other talked about sustainable object was the bed in the Games village apartments, made out of cardboard. Over 20 buildings in the Harumi Games Village will become a part of Japan’s first hydrogen-powered town. Over 500 cars and 100 buses from Toyota, running on hydrogen fuel, will become a part of the Tokyo public infrastructure much after the games. Expect more announcements around the minimal carbon footprint once the Paralympic games conclude. 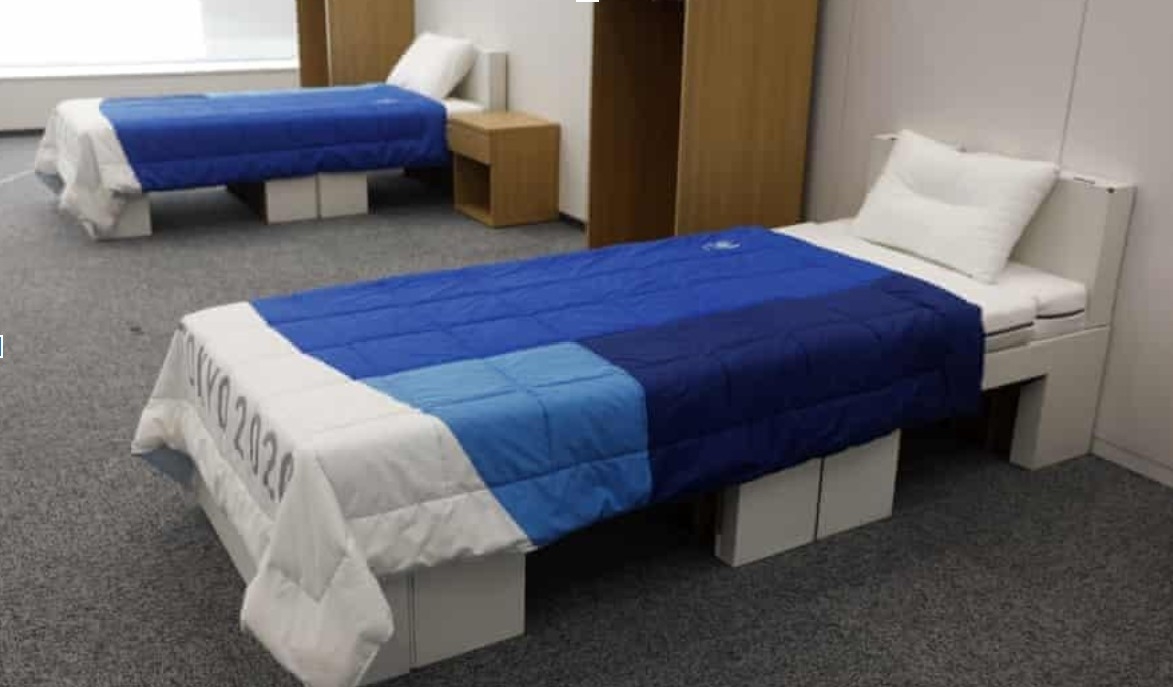 Viewership on linear broadcasts was low in the US and Europe due to time zone issues. However, digital engagement was at an all-time high. The Tokyo games were the most engaged games in history with over 5 billion engagements on the IOC and Tokyo2020 social posts. The games organisers had Fan Matrix video walls for fans to take a 5-second selfie which was then displayed on video walls on the stadiums and arenas.

India had its most successful campaign ever at the Tokyo Olympic Games. Indian audiences were treated to fantastic sports coverage by Sony Sports. The events were live-streamed discipline wise on multiple feeds on the Sony Liv app as also on the Sony Pictures Networks’ linear television bouquet. Sony also attempted a ‘split-screen’ advertising format to offer uninterrupted sports viewing and maximise revenues. Advertisers got a bang for their buck with advertising ‘opening up’ for the coming together of a global sporting event. Sponsors and advertisers created some great campaigns for the event - Coca-Cola India, LIC, JSW, Hero MotoCorp, Amul, Reserve Bank of India, Visa, Byju’s, Adani Group, Herbalife Nutrition, Lenovo amongst others.

The show continues with the Paralympic games in a few days and then action shifts to Beijing Winter Olympics in just six months’ time. The Japanese people have lived up to their promise of delivering a wonderful games even during the century’s worst pandemic. The IOC President in his closing speech aptly said, “This gives us hope. This gives us faith in the future.” It’s Arigatō Nippon for now.