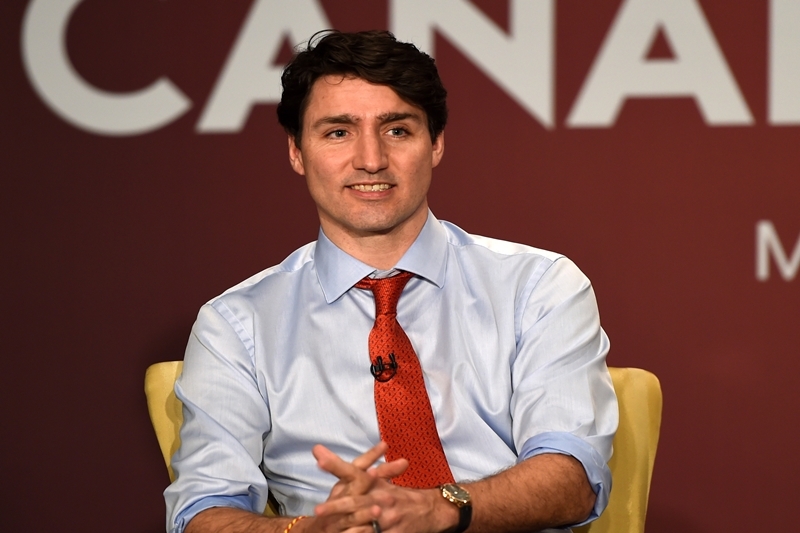 It’s going to take pressure from the movements outside parliament to wring progressive concessions from the next Canadian government after Prime Minister Justin Trudeau’s Liberals won a minority in the October 21 election. Falling short of the 170 seats needed for outright control in parliament, Trudeau will have to rely on the support of other parties to pass legislation.

This opens the possibility of advances on issues such as expanding the public health system, reducing poverty, and increasing funds for affordable housing construction and reducing student debt loads. But with the seats in parliament spread among five different parties and the left-of-centre New Democrats and Greens not performing as well as expected, any forward movement on these issues will require forces outside of parliament to put the squeeze on the Liberal government, pushing it to lean left when looking for votes.

The election result was generally in line with predictions; the Liberals and Conservatives each took about a third of the vote. A minority government had been expected, with most polls giving the advantage to Trudeau.

The most significant outcome was the mass rejection of the right-wing politics of austerity and retrenchment. The Conservative Party of Andrew Scheer, which ran on a platform of cutting $50 billion from public spending, did manage to eke out the most votes of any party, barely inching past the Liberals. Its victories were largely confined, however, to the energy-rich provinces of western Canada—Alberta, Saskatchewan, and eastern British Columbia, specifically—as well as some suburban and rural electoral districts scattered across the country.

The anti-immigrant People’s Party of Canada, a breakaway group led by a former Conservative foreign minister, fell flat. It earned just 1.6% of the vote and party leader Maxime Bernier lost his own election. The failure of the People’s Party showed that the extreme right could not find a base among voters and left questions about why so many mainstream media outlets had treated it as a political force to be taken seriously during the campaign. Its long-term survival as a party is now in doubt.

The biggest unmet expectations, though, came in the seat totals for the parties to the left of the Liberals—the social democratic NDP and the Green Party. Pre-election projections had the NDP holding onto or even expanding its seat count, but in the end, the party dropped from 39 to 24. Its heaviest losses came in Quebec, where a resurgent nationalist Bloc Quebecois (BQ) swallowed up seats from that party as well the Liberals.

The party most associated with fighting the climate change crisis, the Greens, had also expected to score significantly better. In the closing days of the campaign, however, the support that polls had been showing for the Greens seemed to fizzle. The party only won three seats at the end of election night. This resulted in a one seat gain for the party but leaves it little leverage in parliament on its key environmental concerns.

Despite these lower showings, the combined Liberal-NDP-Green vote neared 55%, and, taking into account the tally of the BQ, the anti-Conservative total approached almost two-thirds. The message sent by the vast majority of voters was that they did not want the right-wing agenda of privatisation, tax cuts for the rich, and reductions to public services being pushed by the Conservatives and the People’s Party.

The new situation of a minority parliament presents an opportunity for some progressive advances, but no guarantees. The Liberals have enough seats—157 out of 338—that they will only need a few votes from one of the other four parties in parliament to pass its bills. Trudeau will not be bound to rely exclusively on the centre-left NDP or Greens, or even the Bloc Quebecois, whose politics are mixed but tend in a social democratic direction, to survive.

Likely needing only 13 votes, the prime minister would also be able to conclude agreements with the Conservatives on a bill-by-bill basis, especially on military spending, weapons sales (to Saudi Arabia for its war in Yemen, for instance), free trade deals, and energy development, specifically oil pipeline construction.

Such an approach would probably be more to the liking of the corporate wing of the Liberal Party, which remains solidly opposed to the social reform agenda of the NDP and the Greens. The stock price of SNC Lavalin, the Montreal engineering firm implicated in the bribery scandal that stained Trudeau’s first term in government and cost him his attorney general, was up more than 14% the day after the election, as of press time.

It had been hoped by some progressives and supporters of smaller parties that the Liberal minority would be narrow enough that Trudeau could be forced into finally delivering on the promise he made in the last election to reform the electoral system to be more proportional and democratic. Altering the electoral outcomes to more fairly reflect the percent of support parties win would help break the hold of the larger or region-specific parties. There is sufficient support from those parties that benefit from first-past-the-post—like the Quebec-bound BQ and the Conservatives—to join with the Liberals in keeping electoral reform off the agenda, however.

The parties to the left will attempt to press Trudeau on their priorities—like covering prescription drugs under the health system, putting more money into social housing, or fighting climate change—but bargaining with the prime minister will be more difficult if there are not mass democratic movements on the outside applying pressure. The relative absence of organised labour during the election campaign leaves open questions about whether such a united extra-parliamentary opposition will be forthcoming. Time is short; the average minority government in Canada typically survives less than two years.