This obsolete practice has been used in the Supreme Court from 1950 onwards by legends like the late Nani Palkhivala even though the International Court of Justice (ICJ) at the Hague.
Olav Albuquerque 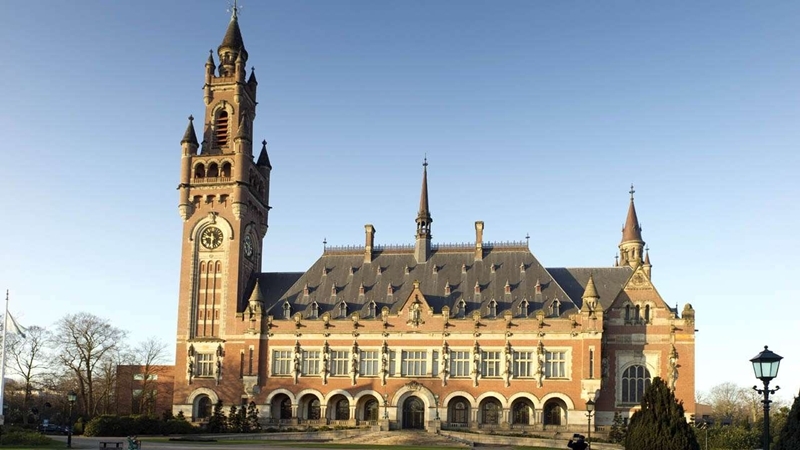 The Rajasthan High Court has taken the lead to ensure that Article 18 of the Constitution which abolished all titles after independence is upheld, so that its own judges are not addressed as “My Lord” or “My Lady” which is an archaic colonial era practice repugnant to the very same Constitution which all judges take an oath to uphold.

This obsolete practice has been used in the Supreme Court from 1950 onwards by legends like the late Nani Palkhivala even though the International Court of Justice (ICJ) at the Hague,

which heard the Kulbhushan Jadhav case, does not use these terms. The ICJ website simply gives the judges’ names with their parent country without even the honorific of “Justice” before their names.

Senior advocates continue to address high court and supreme court judges as “Lordships” or “Ladyships” — sometimes even after they retire — making a mockery of the right to equality in the preamble of the Constitution.

This smacks of sycophancy because a retired judge has observed the quality of arguments may sometimes be inversely proportional to the number of times these senior lawyers use these honorifics.

The second clause of article 18 states that no Indian citizen can accept a title from a foreign state, while clauses three and four prohibit both citizens and non-citizens from accepting titles from foreign states without the approval of the President.

Despite this, the Supreme Court has refused to declare that addressing judges as “Lordships” violates the equality guaranteed by the Constitution. Hence, the anachronism of addressing judges as lordships and ladyships has been ended with a full court declaring on July 15 that lawyers can supplant a simple

“Sir” for the obsolete “lordships” or “ladyships” to which all lawyers adhere in all 24 high courts. An official of the Rajasthan High Court announced in Jaipur that the decision was unanimously taken to “honour the mandate of equality enshrined in the Constitution”.

In January 2014, the Supreme Court, too, had declared it was not mandatory for lawyers to address judges as “my lord”, “your lordship” or even “your honour” which is how magistrates are addressed although they are at the bottom of the judicial hierarchy.

The apex court announced this while hearing a petition that said it was a colonial practice which must be done away with. “When did we say it is compulsory?

You can address us in a dignified manner,” the judges announced but refused to grant the plea of the petitioner by saying the court “cannot direct” lawyers on how to address its judges. After all, judicial freedom includes the right to freedom of expression for lawyers to address judges as lordships.

“Why should we say that (our) brother judges should not accept being addressed as lordship?” the bench said, cleverly thwarting the purpose of filing the petition.

When we accept that article 141 proclaims the law by the apex court is binding on all subordinate courts within India, it leads to the inescapable conclusion that the Supreme Court has refused to ban this unconstitutional practice while in the same breath saying it never insisted on its judges being addressed as “lordships”.

In 1954, the Government of India introduced four awards — Bharat Ratna, Padma Vibhushan, Padma Bhushan and Padma Shri — for distinguished services in any field including public service.

These awards were abolished in 1977 but were reinstated in 1980. Their validity was challenged in the court on the ground of these awards being inconsistent with article 18.

After examining the constitutional history and the aim behind these awards, the court declared they did not conflict with Article 18 because they were not “titles” within the meaning of that article.

The judges held they could not be added as suffixes or prefixes to the names of the awardees and if so added these awards could be forfeited. Despite this declaration, awardees use their awards as titles with no action being taken. The judges also noted these awards were given indiscriminately without any clear guidelines.

Hence, in 1995, the Supreme Court advised the setting up of a committee under the Prime Minister consisting of the Speaker of the Lok Sabha, the Chief Justice of India or his nominee and the leader of the opposition in consultation with the President of India to nominate persons for these awards. But 23 years later, politics, rather than merit, alone determines to a large extent the conferment of these prestigious awards.

Be that as it may, recognition of titles which defeats the equality clause in the preamble of the Indian Constitution had its seeds in the French and American revolutions.

Babasaheb Ambedkar explained in the constituent assembly that Article 18 did not create a justiciable right or a right for the courts to adjudicate on whether a title used by an individual was legal or illegal. He said:

"One of the conditions of article 18 is that (a citizen) must not accept a title. If he did, it would be open for Parliament to decide by law what should be done to such persons who violate the provisions of this article. One of the penalties may be that he may lose the right of citizenship."

Law minister Ravi Shankar Prasad has batted for an all-India judicial service where putative judges will be selected through an all-India exam and interview on the lines of the UPSC selections of IAS officers which will replace the present collegium system where a cabal of five seniormost judges of the top court decides who will succeed them.

Olav Albuquerque holds a PhD in law and is a journalist-cum-lawyer of the Bombay High Court.