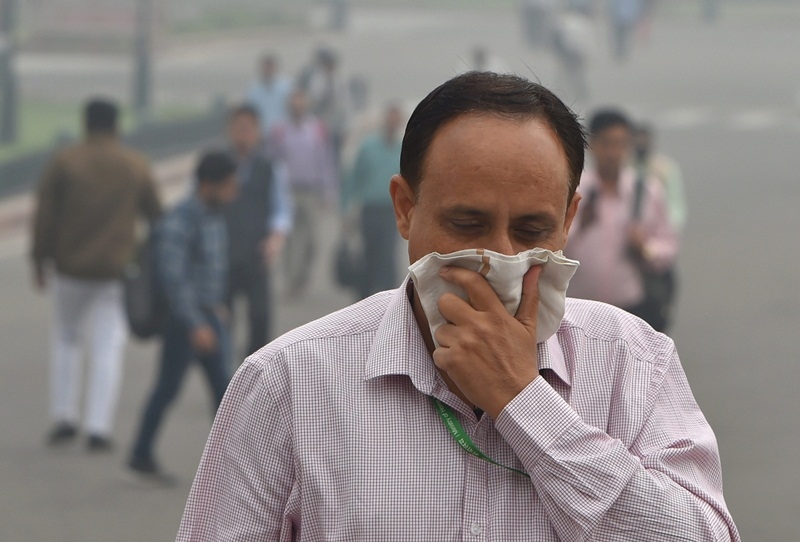 Delhi has been ranked as the most polluted metropolitan city in the world. 14 out of the 20 most polluted metro areas of the world are located in India. Recently, during the cricket match between India and Sri Lanka, chief minister of West Bengal Mamata Banerjee said that she was ashamed at seeing Sri Lanka cricketers in pollution masks. Expressing the same concern, Congress president Rahul Gandhi said that we need collective steps for reducing pollution levels in Delhi. Prime Minister Narendra Modi, too, is concerned.

However, speaking to the State Environment Ministers, he said that the rising air pollution levels are due to the changing lifestyles brought about the India’s economic development. The use of high levels of electricity in, for example, air-conditioners, leads to more demand for electricity and more air pollution in generation of the same. In Mr Modi’s view, the people themselves are responsible for creating the pollution by seeking high levels of consumption.

The Bill and Melinda Gates foundation studied the benefits and costs of introducing Flue Gas Desulphurization (FGD) technology in eight power plants in India so that the level of pollution was reduced. The study found that the benefits were six times the cost for installing this equipment at Dadri Thermal Power Station and four times the cost for Unchahar Power Station. A study by the Organization for Economic Co-operation and Development (OECD) measured the cost and benefits of implementing the Thematic Strategy on Air Pollution in the European Union.

The study found that the benefits are about 20 times the cost of implementing the Strategy. A study for Shanghai published in the Journal of Environment Management found that the power plants around the city, if fitted with air pollution control equipment, will provide 5.6 times the cost of installing the pollution control equipment. Other studies for other parts of the world consistently say that the benefits from control of air pollution are much greater than the cost. These studies indicate that control of pollution is highly beneficial.

The question is when the benefits of the air pollution are greater than the costs, then why the Government does not implement measures to control the pollution? The answer to this riddle is given in a study of installation of a pollution control technology known as IZK in the brick kilns around Dhaka undertaken by the Copenhagen Consensus Centre. The study found that installation of this equipment will impose a cost of 3893 Million Taka on the kiln owners; while it will provide a benefit of 4449 Million Taka to the people of Dhaka. Taken together, the installation of the equipment would provide a net benefit of 556 Million Taka to the society as a whole.

However, the benefits would accrue to the people while the costs would be borne by the brick kiln owners. Therefore, the brick kiln owners do not want to install air pollution control equipment and the people continue to suffer from air pollution. The situation is similar to the naughty child in the family not wanting to mend his ways and the family suffering as a result.

The solution is for the Government to force the brick kiln owners to install the pollution control equipment and secure the good of the whole society. In that case, the brick kilns will bear the cost of installing the pollution control equipment. This increase in cost will be reflected in a higher cost of production of the bricks. For example, the cost of a brick may go up from Rs 8 to Rs 10 if the Government requires brick kilns in Bangladesh to install IZK technology. The cost of 3893 Million Taka incurred by the kiln owners will be passed on to the people.

There will not be any additional burden on them. At the same time, the people would have to pay more for the bricks and they will be poorer by this amount. However, they will reap health benefits of 4449 Million Taka. In the end, everyone will be happy. The brick kiln owners will get reimbursed for the costs incurred by them through higher price of bricks. The people will pay more for the bricks but will reap greater benefits from improved health and life expectancy.

The explanation given by Mr Modi also does not hold water because the cleanest metros of the world are located in Australia, New Zealand, Finland, Canada and Sweden where the lifestyle of the people requires much higher level of consumption of goods and the pollution is commensurately more. However, those countries have recognised that control of pollution is beneficial for the entire society and have required the installation of the pollution control equipment. The problem is not lifestyle but the failure of the Indian Government to tax the polluters for securing the social good.

Bharat Jhunjhuwala is a former professor of Economics at IIM Bengaluru.