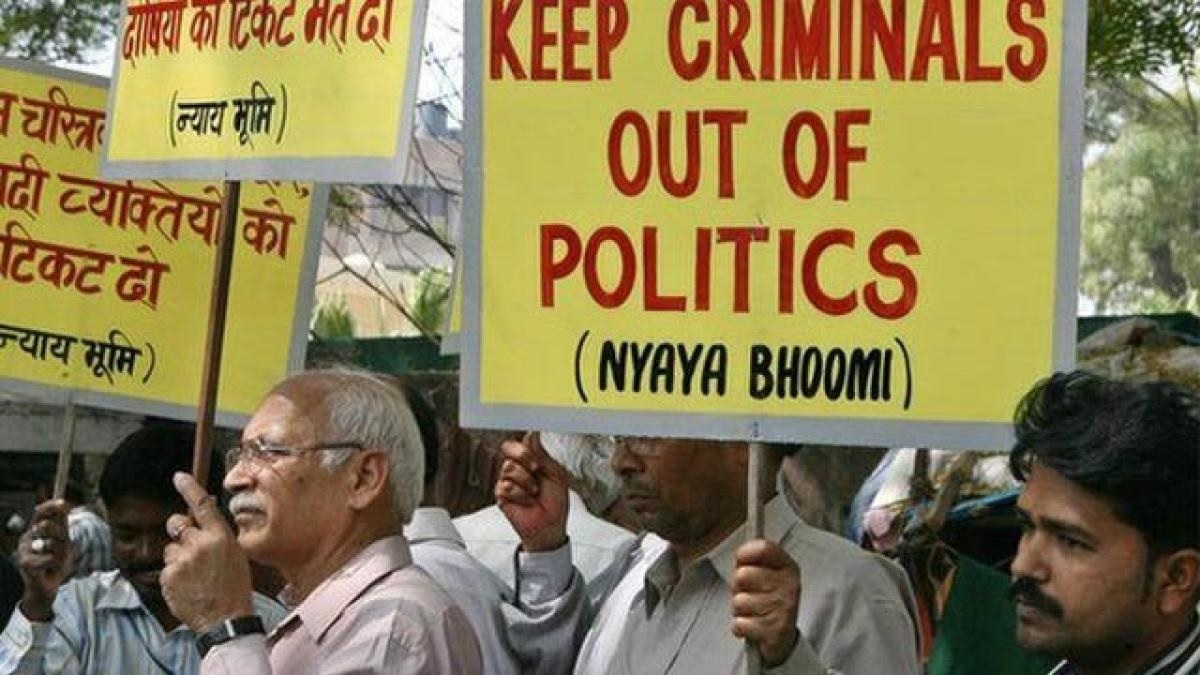 The Supreme Court has done well to tighten its position on criminals contesting elections and thereby vitiating the whole political atmosphere in the country. It has fined the CPM and the NCP Rs 5 lakh each for not complying with the court’s directive in this regard. Six other parties, including the ruling BJP and the opposition Congress, were fined Rs 1 lakh each.

The court had, in September 2020, directed all the political parties to publish the list of their candidates who had criminal backgrounds at least two weeks before they were to file their nominations. The first election held after the SC order came into force was in Bihar, in October-November the same year. It is for their failure to honour the order that the bench headed by Justice Rohinton Nariman punished these parties.

What’s more, the court has made the directives more rigid and inflexible. Within two days of the nomination of such candidates, the party should publish their details on its official website, print and social media platforms. The election commission has also been ordered to keep track of such candidates. The idea is to ensure that persons with criminal background do not masquerade as party workers and get elected to various legislative bodies.

In no case should the voters be kept in the dark about their past and present criminal involvements. Many years ago, the court had ordered that political leaders who were convicted in criminal cases with a certain minimum punishment were ineligible to remain members of assemblies and Parliament. Former Bihar Chief Minister Lalu Prasad Yadav was the first to be unseated from Parliament under this law.

What is noteworthy is that all the attempts to cleanse the political system of criminal elements were judicial, not legislative-driven. True, the judiciary has the power to legislate when the legislature fails to do so. This does not show the legislative system in the country in a good light. The political parties themselves are responsible for it, as they have been failing in their duty to rid the parties of criminals.

The criminalisation of politics is not something new. The N N Vohra Committee had, in 1993, revealed the extent to which the political-criminal nexus had grown. Gangsters were able to control politics and, thereby, the destiny of the people. Yet, the parties concerned did not do a thing against the dangers the committee pointed out. It was against this backdrop that the apex court had to intervene.

Significantly enough, when the eight parties which were punished, got the first opportunity to honour the court’s directive, they preferred to ignore it. The bench even turned down their plea for clemency, as it wanted them to honour the verdict and not flout it and later seek apology. The court has also come down heavily on the practice of withdrawing criminal cases against politicians once their parties come to power.

Earlier, the court took a dim view of the Kerala government’s attempt to withdraw the criminal case against some of the CPM leaders, including the present education minister, for having indulged in violence in the Kerala assembly during the fag end of the Oommen Chandy government. It decreed that they would have to face trial. In line with this policy, the court wants the high courts to review all the criminal cases against MLAs and MPs.

The state governments will no longer be able to withdraw the cases against them without the express permission of the high court concerned. Not only that, the high courts have also been asked to review all pending or cleared cases of withdrawal of cases since September 16, 2020, when the original directive was issued. What the governments do is to use Section 321 of the Code of Criminal Procedure, which enables them “to withdraw from the prosecution of any person either generally or in respect of any one or more of the offences for which he is tried”.

Of course, this requires the court’s permission. In the past, political parties have used this provision to extricate their leaders who were involved in criminal cases like violation of Section 144 while taking part in a political agitation. Many freedom fighters, including Mahatma Gandhi, were charged with criminal cases. The situation is vastly different now. The government uses this power to save MLAs and MPs accused of heinous crime like murder, rape and incitement to violence. It is this trend that the Supreme Court has tried to put to an end.