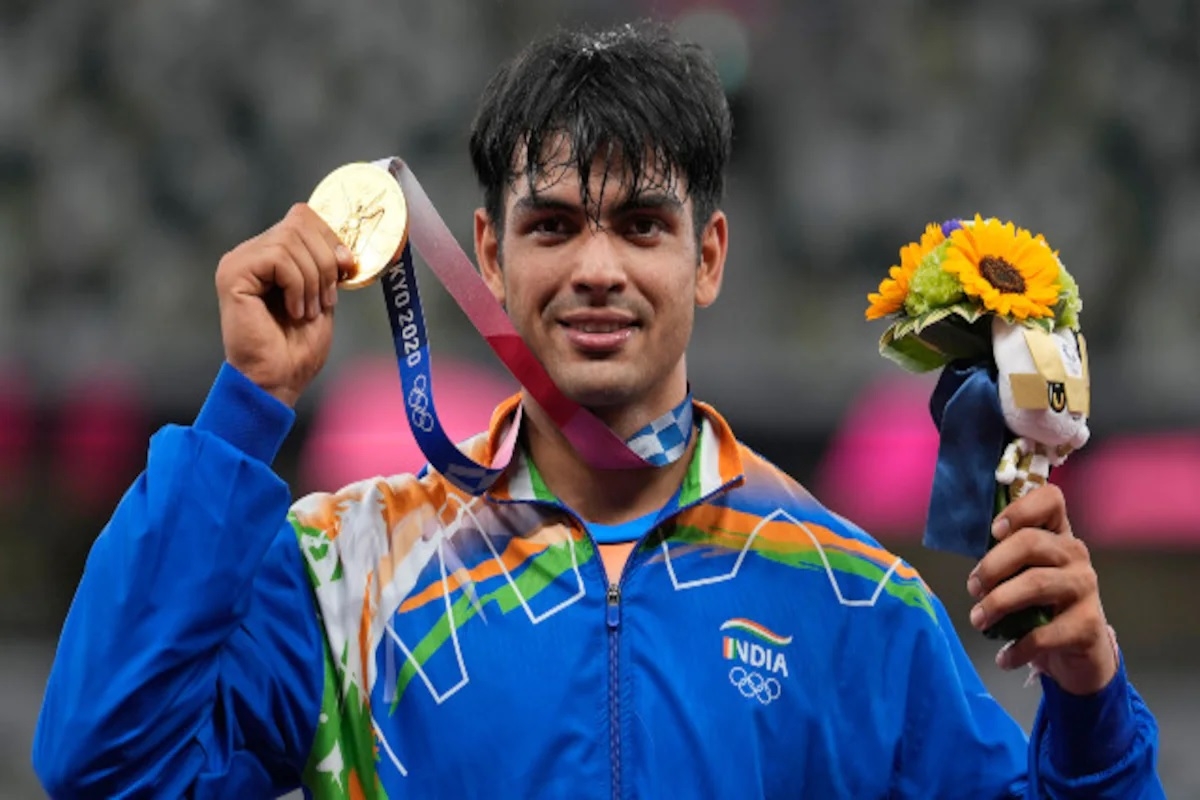 Neeraj Chopra, the first Indian to clinch an Olympic gold in athletics |

If we come down from the dizzy heights of national chauvinism, what we see on the table is one gold, two silver and four bronze medals for India. Ranked 48th, India is nowhere near the top achievers United States, with 39 gold, 41 silver and 33 bronze medals, or China with 38 gold, 32 silver and 18 bronze medals at the Tokyo Olympics. Forget countries like Japan and England, we are far behind Australia, Cuba, Kenya, Slovenia and Georgia. Even a tiny country like New Zealand, with a population of less than 50 lakh, has won seven gold, six silver and seven bronze medals. Our cities have much bigger populations.

We aren’t a nascent nation; our journey at the Olympics began 100 years ago. We were among the fastest growing economies of the world till very recently and aspired to be the global leader even in terms of political clout. Against this backdrop, our performance at the Games is a reason to introspect, not rejoice. The intention is certainly not to cry down the pleasures of individual feats; let it be a rude awakening to the distressing fact that Indian sports hasn’t changed course. It is still crawling as miserably as it crawled for decades.

India neither has the sports infrastructure, nor the sporting culture to produce sportsmen of international repute. The emergence of a Dhyan Chand or a Milkha Singh is evidence of individual brilliance, not the nation’s resurgence. A PT Usha, an Abhinav Bindra, a Mary Kom, a Lovlina Borgohain or a Neeraj Chopra will keep cropping up in a country of 130 crore people. Cricket has money and national obsession and hence we have players of global acclaim.

Hockey is a tragic story of decline; we have struggled to make a mark after dominating the world for decades. Individual sportspersons have done well because of personal talent and dedication, not institutional support. These boys and girls burn the candle at both ends to fight the darkness of governmental as well as societal apathy. We frequently hear stories about national level players turning into street vendors to earn their livelihood.

It is almost perverse to see state governments showering crores on those who win medals at international events while refusing to set up even basic infrastructure to support budding sportspersons. The Sports Authority of India (SAI) has been a corrupt and incompetent body. Reports have suggested that Neeraj Chopra struggled with official apathy all these years and went abroad for training because of a private sponsor, not the government. At this juncture, let us avoid drifting into the debate over reduction of the budget for sports by Rs 230 crore in an Olympics year by the Modi government.

We have this tendency to get elated over the performance of our girls at international events. Girls have done remarkably well in the recent past, in sports ranging from badminton to wrestling. But what social ambience do we provide to girls during their preparatory stage? She has to break countless barriers and fight sickening prejudices to step out of her home to start a career in sports. Braving taunts, an exploitative mindset and a cruel system, if she fails to make it big, what is the financial security available for her future? What is the financial security available to the boys who don’t excel at national and international levels? While the governments have paid only lip service, the corporate world too has not gone beyond tokenism.

The US and China haven’t produced world-class athletes without a robust support system. India’s politicians would also do well to envisage radical changes in the system to promote sports, instead of offering to have ice cream with the champions. There is no dearth of talent; what is missing is the system to nurture talent. While India is indeed a poor country and maximum time and energy are consumed by fundamental concerns like education, health and employment, there is no denying the fact that much better results can be achieved with the available resources. What is required is vision, planning and honest execution.

The need is to create an apolitical sports administrative mechanism, autonomous bodies with sufficient funding and a social security plan for sportspersons. Fleeting interest and encouragement are no substitute for a sustained effort to promote sports. Multi-level avenues have created a salubrious environment for cricket. A country that has become the world’s biggest playground of cricket with the Indian Premier League obviously has the mettle to turn the tide in other sports as well. If there is a will…