FPJ Edit: Floods in coastal Maharashtra -act of god or avarice of man? 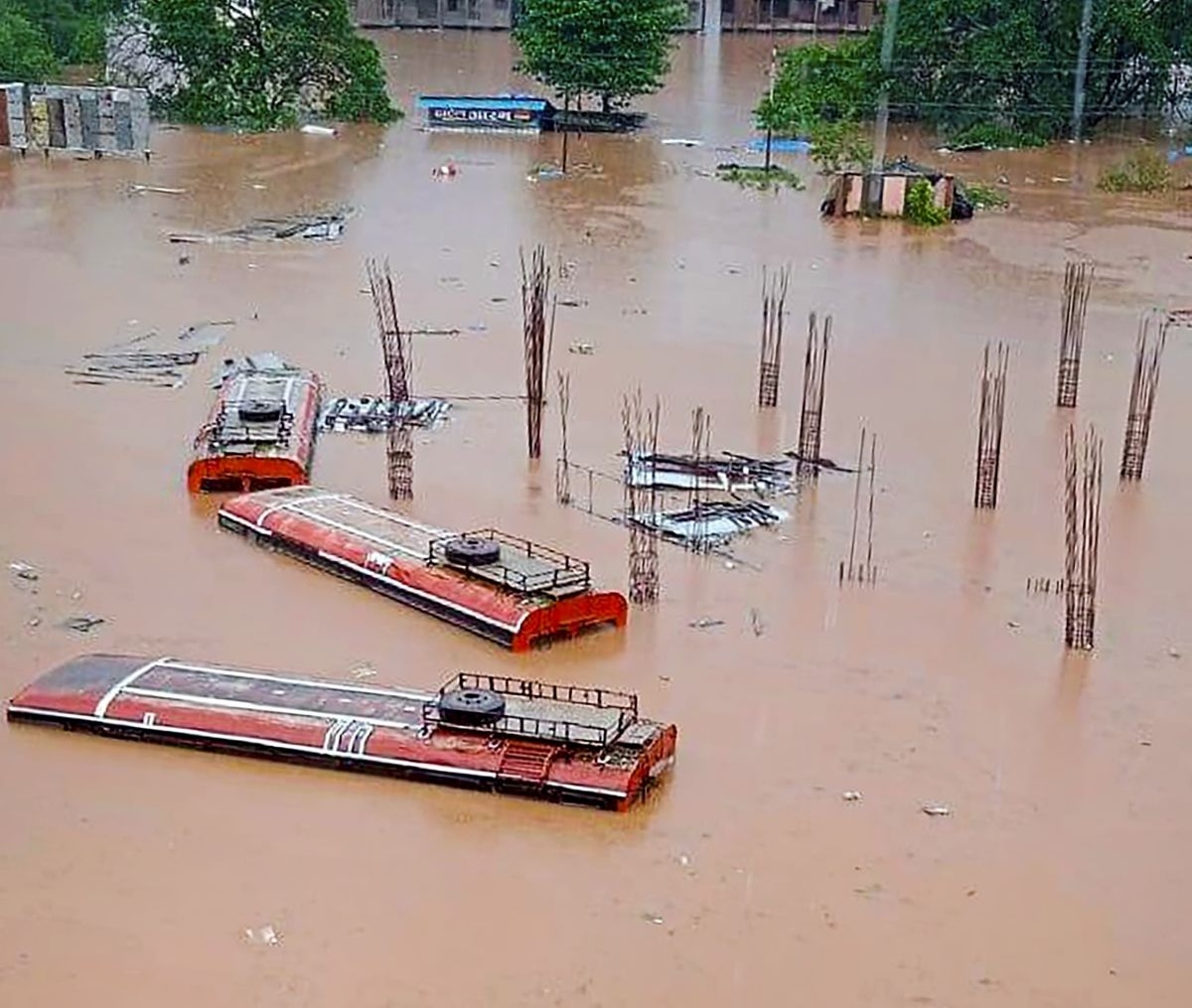 It is convenient to pass off the flood fury in coastal Maharashtra as an act of god, a once-in-40-years occurrence, something that happens in China and the United States too. However, this will not wash. This sacrifice of human lives at the altar of greed has to stop. Yes, we must look to the heavens, not for divine intervention but for indications of climate change. And we must also look inwards, not to invent excuses, but to examine where we erred.

Mumbai too is in coastal Maharashtra and it reverted to the seven islands it was three centuries ago. If the ‘urbs prima in Indis’ is submerged every season, what chances do Chiplun, Mahad or Khed have in a flash flood? If India’s commercial capital is ignoring rising sea levels to build a coastal road, imagine the haphazard development in the hinterland, where towns lack drainage systems and dumping grounds. Chiplun has bungalows and hotels along the banks of the Vashishti river. Instead of removing the encroachment, the previous government scrapped the river regulation policy forbidding construction along the banks as rivers need space to swell.

Similarly, in Mumbai, one of the last open spaces, the salt pans, are up for grabs. The Mumbai Metropolitan and Region Development Authority (MMRDA) wants to develop seven such plots -- 300 acres -- between Kanjur Marg and Mulund. In the lust for lucre, the Coastal Regulation Zone (CRZ) laws that protect the coastline from rampant urbanisation are being diluted and dismantled. Coastal Maharashtra is home to the Western Ghats, one of the world’s ten biodiversity hotspots, but we want to set up thermal and nuclear power plants, refineries, chemical zones, open cast mines and what not in this fragile strip.

Monsoon is the time when our much-abused rivers exact revenge. Mumbai’s four rivers should have been tourist spots but they are open sewers lined by shanties. The city should have protected its mangroves, its defence against the tide and a nursery for aquatic life, but it has been nibbling away at them all the time.

In fact, the Bandra-Kurla Complex and MindSpace have come up on mangroves. Ironically, the BKC is home to the MMRDA. And next to it is the redeveloped drive-in theatre, now a massive commercial complex that stands less than 10 metres away from Mithi river. Ironically, the state tree of Maharashtra is the Sonneratia alba or the mangrove apple. The initiative to clean the four rivers that flow out of the Borivli national park came from the morning walkers whose River March movement is now a pilgrimage for nature enthusiasts.

Even something as calamitous as the Mumbai deluge of July 26, 2005, failed to teach our authorities a lesson. This is a city where hills have been levelled and the debris used to fill the sea, the creeks, the ponds and even the drains. There was a time when reclamation was proposed off Mumbai’s western coast! The Santacruz airport extended the runway over the Mithi river. Now, the Navi Mumbai airport is coming up in a basin of three rivers.

The Chitale committee, which probed the 26/7 deluge, recommended the demarcation of flood-risk zones and restrictions on construction in them but builders vetoed it. Meanwhile, 14 new flooding spots have emerged in the city. The Chitale committee had also proposed setting up river development authorities for each of Mumbai’s four rivers but this has been done only in the case of Mithi. Here too, the grand plans for river rejuvenation and beautification of the banks were reduced to pre-monsoon de-silting.

By now, it is clear that global warming is leading to flash floods and extended dry spells. The current global average temperature is 0.85° Centigrade higher than it was in the late 19th century. The main cause for this is the carbon dioxide released by the burning of oil, gas, and coal. It is one of the gases which act a bit like the glass in a greenhouse; trapping the sun’s heat and stopping it from leaking back into space. As the earth’s atmosphere heats up, it collects, retains and drops more water, changing weather patterns and making wet areas wetter and dry areas drier.

However, our weather forecasting systems are not precise with flash floods. And we are never ready for the first heavy showers. Mumbai’s Doppler radar – which detects cloud formation, rain and thunderstorms – is out of order. On paper, Mumbai even has an integrated flood warning system. Cyclone Tauktae was a close call, as was Cyclone Nisarga last June but Mumbai can’t push its luck too far. We need to join the dots on climate change. A 20-year climate change mitigation plan linked to the development plan is what experts are demanding. Countries such as China seek to counter urban flooding through the concept of sponge cities, which are structured to absorb and capture rain water through measures such as rooftop gardens, wetlands for rainwater storage and permeable pavements.

Apart from lack of planning, crisis-time communication between government agencies remains poor. For instance, the timing and quantum of water to be released from dams during the monsoon. Ecologist Madhav Gadgil had blamed such lapses for widespread floods in Sangli and Kolhapur districts in 2019 and in Kerala in 2018. It seems to be the same case in Konkan, with the Koyna and Kolkewadi dams. A vigorous pre-flood evacuation in low-lying areas could have kept the death toll in single digit, instead of the present count of 112. And if only a fraction of the losses that run into hundreds of crores of rupees was spent on anti-flooding measures, it would have been a different story. Or, maybe, everyone loves a good flood.