FPJ Edit: Every party and govt has to endure difficult phases and the remedies are through institutional responses, not personal charisma 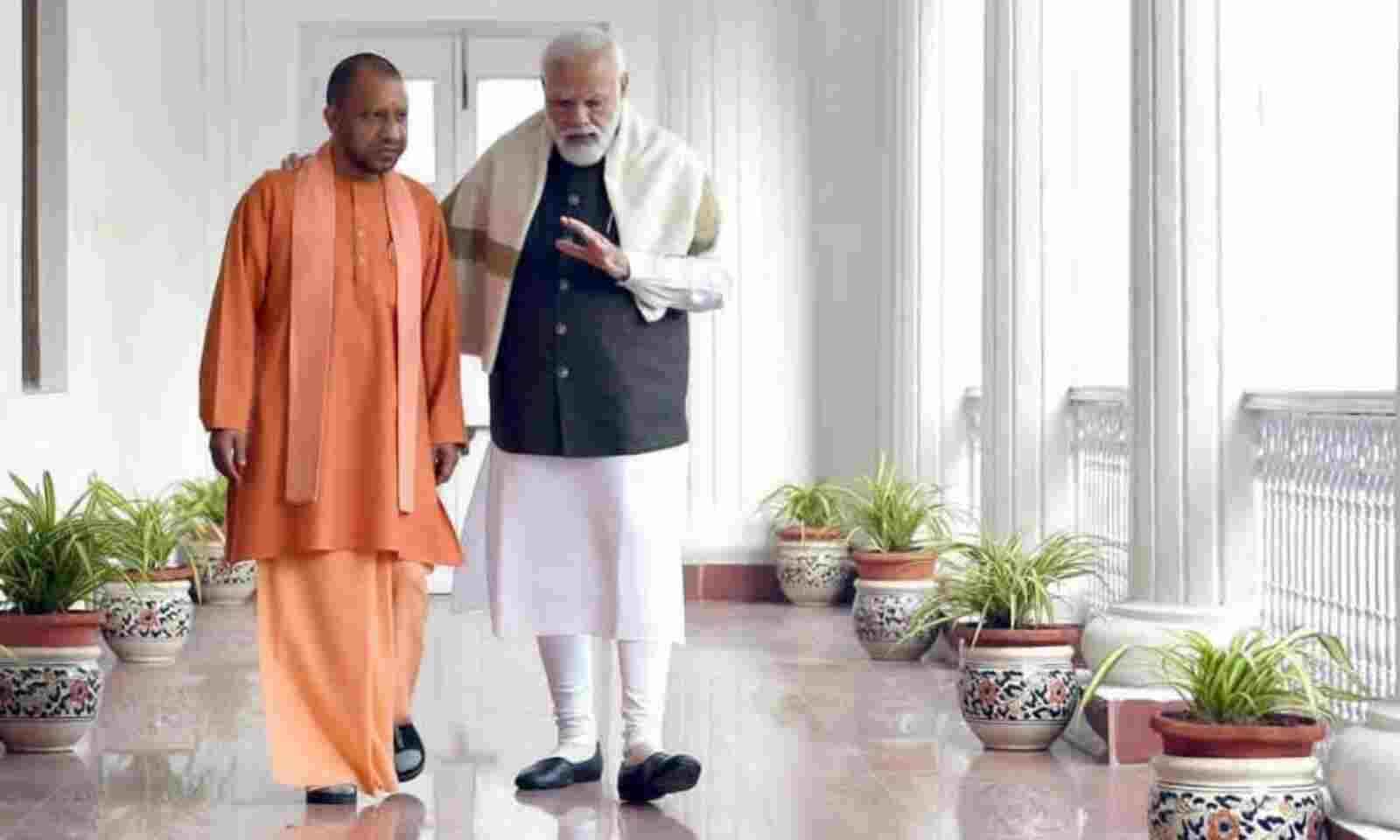 A picture is worth a thousand words. The one showing Prime Minister Narendra Modi affectionately talking to Uttar Pradesh Chief Minister Yogi Adityanath with his hand around the younger leader’s shoulder reveals much more than a thousand words could have. It tells us how political opportunism alters the fabric of personal relations. It underlines the importance of symbolism in politics. It establishes that power games rely more on deception than reality.

One photograph, which too appeared to be a choreographed event as the Prime Minister is seen with, and without a shawl, in two frames in the same posture, was testimony to the crying need for showcasing unity in the BJP. This event had to be managed to water down the perception of differences between Modi and Yogi which erupted two months ago in the form of an intense tussle for a change of guard in Uttar Pradesh. It is beside the point that a real crisis is being tackled with a fictitious solution.

The strained relations between Modi and Yogi weren’t in the realm of speculation; informed sources confirm there were serious differences and the temporary truce was engineered under electoral compulsions. Modi, who is known for hugging global leaders, is rarely seen showering such affection on leaders within the country, much less those from the BJP. His obsession for secrecy, credit and limelight is so deep-rooted that he didn’t even call a Cabinet meeting to formally discuss the repeal of the controversial farm laws.

Former Punjab Chief Minister Captain Amarinder Singh, who was eager to create an impression that the Prime Minister repealed the laws on his advice, was ruthlessly kept away. Though the BJP intends to use the Congress discard Amarinder Singh for its political salvation in Punjab, Modi didn’t want to share even an iota of credit with anyone else. A message that Amarinder was responsible for Modi’s change of heart would have definitely bolstered their joint political project in Punjab but such concessions don’t fit into Modi’s narcissistic approach.

Against this backdrop, the conscious demonstration of bonhomie with Yogi, fake or real, betrays the depth of the political crisis in Uttar Pradesh. The show of unity, along with the dramatic repeal of the farm laws, manifests Modi’s desperation to win the critical state despite a hostile political climate. While western Uttar Pradesh has been deeply impacted by the farmers’ movement, Covid mismanagement and unemployment triggered massive unease in eastern parts of the state. It is not for nothing that Amit Shah, Rajnath Singh and JP Nadda have been given direct charge of regions in the state. While two are former BJP presidents, one is the incumbent chief. This has never happened in India’s political history.

This desperation has been caused by the absence of an effective conflict management system in the BJP. Modi’s unchallenged authority and popularity have made for this deficiency so far. The disabilities of local leaders didn’t matter as the central forces, having enormous resources at their command, bulldozed the weak opposition and won elections. But charisma and power don’t yield the desired result when the chips are down and there is a strong opposition to deal with. The BJP experienced this in Delhi when it lost the election even after deploying full firepower. But it refused to learn any lesson and repeated the same mistake in Bengal, relying more on the Delhi bulldozer than energising the local machinery.

Like Mamata Banerjee, Akhilesh Yadav is a strong challenger and the Congress too has contributed a lot in discrediting the Yogi government. If Modi thinks people will ignore his patronage to Ajay Mishra Teni, the minister of state for home, whose son is in jail for mowing down farmers and rally behind him for repealing the laws, he may be in for a surprise. You can’t continue to treat serious diseases with wrong medicine. Tripura was on fire when Modi hailed the leadership of Chief Minister Biplab Deb. He has mishandled Uttarakhand as well, replacing two chief ministers within a span of months. His failure to resolve the debilitating factionalism in Rajasthan is another example.

Whether he is not getting the right feedback or is unable to read the turning tide is difficult to guess. Modi’s charisma is on the wane – the repeal of farm laws might have deepened the credibility crisis – and he will have to confront ground realities sooner than later. Every party and the government have to pass through difficult phases and the remedies are possible through institutional responses, not personal charisma.