FPJ Edit: A rudderless Congress is a grave political tragedy 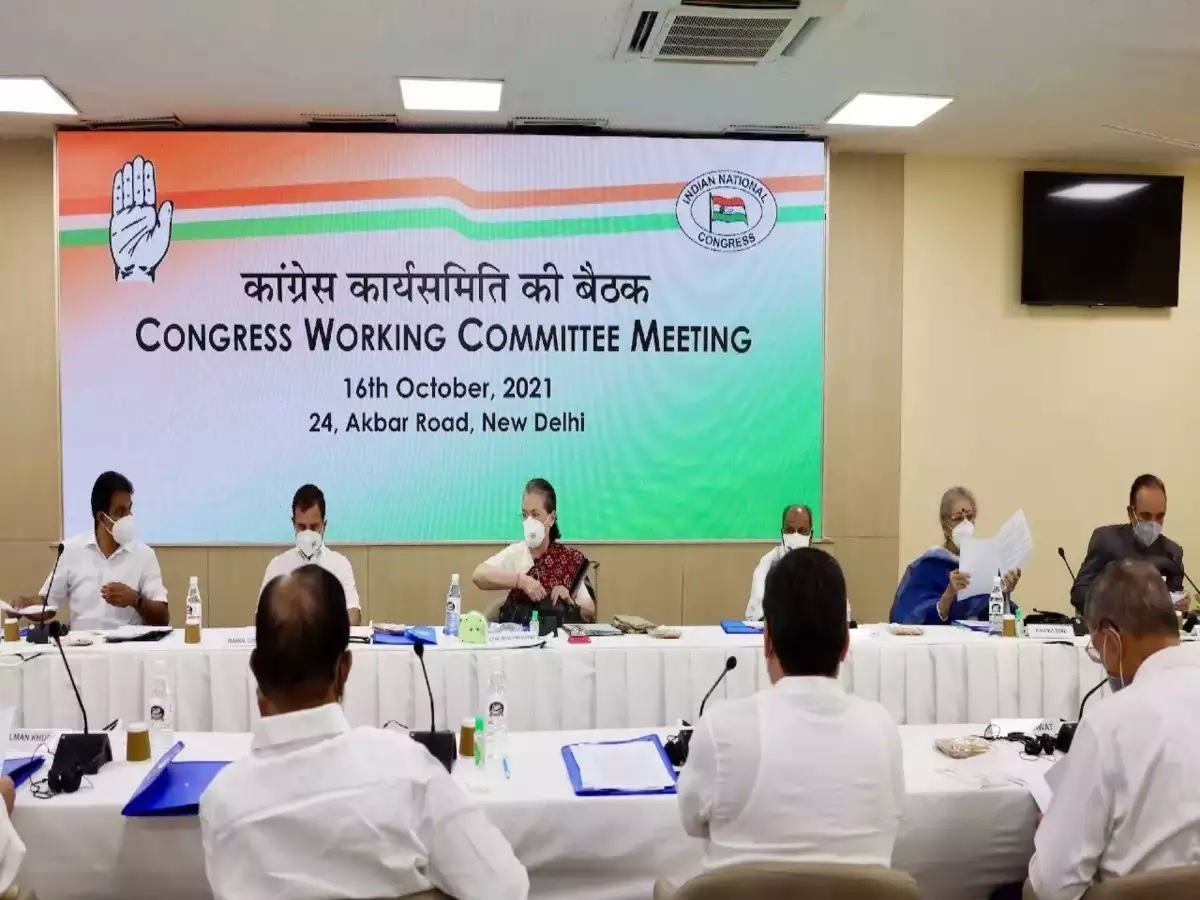 The Congress Working Committee finally has announced its much-awaited schedule for organisational election, making it clear that the party will get a new, elected president only by October 2022. Till then, Sonia Gandhi, who was just a stop-gap arrangement, will act as full-fledged president. While the contribution of the Congress to the survival of an undesirable word in the dictionary – procrastination – is much more than any other organisation, the less said the better about the oddity of Rahul Gandhi running the show from behind the scenes without holding any position.

Rahul himself demolished any doubt about his control on the party by revealing at the CWC meeting that he made Charanjit Singh Channi the chief minister of Punjab. The party’s assertion that all decisions are taken by party president Sonia Gandhi is an unconcealed falsehood. Now, with the process completing only next October, this backseat driving by Rahul will continue till then.

There is little doubt that Rahul is the supreme leader of the party and Sonia is just the ceremonial head. It is a grave political tragedy that the main opposition party is rudderless since June 2019. Why Rahul resigned as Congress president and continued to be in command for such a long period is inexplicable. He is taking critical decisions – which includes organisational appointments, crisis management and leading election campaigns – but there is more to politics than this.

While the confusion about leadership impacts the morale of the party workers, even dissenters feel emboldened to raise their voice publicly, as was manifested in the G-23 phenomenon, involving a group of family loyalists asking uncomfortable questions. If any leader dreamt up a leadership role for himself, it is because of Rahul’s public assertion that somebody from outside the Gandhi family should lead. Organisational decay is probably the worst price the party pays in these circumstances.

Having delayed the resolution of this crisis for so long, it was now incumbent on the leadership to avoid electing a new president this year, as fresh organisational elections were anyway due next year. The party constitution mandates election every five years. There was no point in electing a new president now, and again conduct elections after some months. The process of election from the primary committees to the party president and the working committee will now be completed in October and hopefully the new leadership structure will be able to create an impression of internal stability. However, a big party like the Congress, whose national responsibilities can never be overstated, should have conducted its internal affairs with greater maturity.

The most significant achievement of the CWC meeting was obviously the death of the G-23, the sign of a nagging concern of factionalism in the party. While some leaders bluntly targeted the dissenters at the meeting, veterans Ghulam Nabi Azad and Anand Sharma did well not to lock horns with them. Any confrontation would have marred the occasion, cancelling out the message of unity and positivity that the party desperately needed at this juncture.

Sonia herself expressed relief and gratitude to all the members for the faith they reposed in the leadership and hoped the party would be able to proceed with a unity of purpose. Rahul also did well by emphasising the ideological objectives, instead of getting bogged down in organisational complexities. He will have to show magnanimity and ensure that loyalists don’t harass the dissenters after this truce. After all, senior leaders like Azad, Sharma, Kapil Sibal, Manish Tewari have served the party for decades and are wedded to the Congress ideology.

When Rahul is rebuilding the party with talented youth like Kanhaiya Kumar and Jignesh Mewani, it would be counter-productive to allow veterans to feel slighted. The larger goal of confronting the RSS-BJP demands contribution from every worker and the leadership should show the maturity of harnessing all available resources. After all, you don’t cut your head to cure a headache.

Congress needs veterans who have precious administrative and political experience while injecting the fresh energy and dynamism of youth. The veterans too must understand the need for change and grant Rahul the freedom to usher in structural changes in the organisation and build a team that has his full trust. Sonia will have to play a critical role in enforcing this unity of purpose. Any mishap will be detrimental not only to the party but also to the democratic structure of India’s polity in which the opposition plays a vital role. And there is, of course, no opposition without the Congress.