Flashback into a newsroom of the 70s 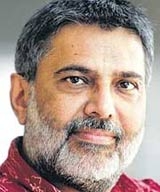 It was on the 2nd of August, 1976 – almost 40 years to this day – that I walked into the offices of the Free Press Journal, a newly minted staffer ready to take up my responsibilities. I had been to the offices before, situated at 21, Dalal Street, as a freelance contributor to the paper. But this was different— I had been selected as a trainee, one of three, who would be trained how to become a full-fledged journalist by older, more wizened mentors.

In my mind, I had imagined regular classes and briefings by senior journalists that would shape us, step by step, into professionals. But it didn’t work out that way. The large newsroom had typewriters on one side in the reporters’ department, pen-wielding sub-editors on another and all this was punctuated by the clackety-clack of telex machines; I was told to find a place to sit and wait till I was given an assignment.

The Free Press Journal was a relatively small, but highly feisty newspaper with a reputation for breaking great stories. It had fought the British establishment during the Raj and some of the biggest names of the time had sometime or the other work for it. By and by I got to know these names-Bal Thackeray, M V Kamath, R K Laxman, A F S Taleyarkhan, Behram ‘Busybee’ Contractor and so many more. Some of these wizened souls I mentioned earlier showed me where these people used to sit. In my own time, one of the city’s best known sports journalists S K Sham was still working there and my boss was S Trikannad, a legendary reporter who was admired and respected by the competition.

To be part of such an institution was a matter of great pride. But the Free Press Journal did not believe in mollycoddling its young recruits. Its policy was to throw them into the deep end of the pool; good if they managed to beat their hands and legs and stay afloat; if they sank, too bad. Many used to sink-they left to join the corporate sector or the government where life was a little less hectic. Some of us managed to learn how to swim.

I was somewhat disillusioned when I joined and was immediately sent off on an assignment without much of a briefing. I returned, not really knowing what to do with the information I had gathered-“type it,” said a grizzled old gent, a veteran of many reports. This was a problem—I hadn’t realised that typing was a must-have skill. No one had asked me either.

In those days, youngsters joined typing classes during summer vacations. This was primarily to keep them occupied, but it also helped them pick up a skill that could come in handy later in life. Of course offices had secretaries and typists and no middle-class family would ever buy an expensive typewriter, but skill gathering was seen as helpful towards getting a job. For a reporter, however, typing was critical-no typists were available, one had to do it oneself. When my bosses learnt I couldn’t type, they sent me off to join a typing school and also told me to somehow type out my own stories-long hand was unacceptable. In time, I did and it has been a boon ever since.

The mid-1970s were also a time of the Emergency and to be a reporter in a newspaper was a strange experience; there was so much one couldn’t write. This is not the time or place to write about all that, but one day I hope to do.

By and by, I picked up the tricks of the trade and under the watchful eyes of my seniors, learned not just the craft of journalism but also the art. The lessons one was taught – objectivity, fairness, balance and more important, empathy have lasted all these years. A journalist should always lean on the side of the underdog and give voice to the voiceless. The Free Press Journal was known for that-all kinds of people, seeking justice, used to walk into the paper with their stories and looked up to us to help them. Various eccentrics too used to saunter in, among them a swami claiming to be a Sikh guru but who was really a Maharashtrian; he used to entertain us with stories of his exploits during the freedom movement.

In time one moved on, as did many others. I am often asked what is different in journalism today as compared to earlier times. The most obvious difference is the sheer variety of news outlets-more papers, television channels, digital platforms. Salaries have improved and so have educational standards. But not all changes are for the better-there is a tendency of journalists to side with the establishment and not ask tough questions of the government. Now journalists are also turning on each other.

I consider myself lucky to have begun my career with a paper that has not just a history behind it but has also retained a sense of independence and integrity. It continues to be the best school for young journalists. And its alumni could be the envy of any newspaper in the country. Looking back, those were great days, despite many hardships that do not exist today. There were no mobile phones, no Internet and poor salaries; but all it did was make us hungry and that hunger produced some great journalism. It’s been a terrific ride from that August day so many years ago.