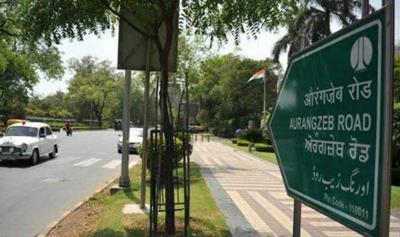 Cynics are likely to count two major achievements of Narendra Modi during his first 15 months in office – the scrapping of the Planning Commission and the renaming of Aurangzeb Road after A.P.J. Abdul Kalam. Otherwise, there is little to write home about his other feats, big or small, for the economy refuses to look up, the OROP imbroglio remains unresolved, the RSS nominee Gajendra Chauhan is still ensconced in a position in the film and television institute which he does not deserve, the Ganga hasn’t yet been cleansed and eggs have had to be taken off anganwadi meals in the absence of power for refrigerators.

In this rather unpropitious context, the shutting down of the planning body stands out as a determined step by someone who knows his mind. The panel was done away with apparently because it was reminiscent of the centralised control over the economy which was a feature of the former Soviet Union. There is little doubt that Jawaharlal Nehru had this aspect of the Soviet scene in mind when he favoured the setting up of the commission.
Even before Modi’s decision, it was being argued that the planning outfit had no place in a liberalised India. Few tears were shed, therefore, when it disappeared into history. However, its replacement – the Niti Aayog – where the words, Niti, stand for a mouthful – National Institution for Transforming India – is generally seen as another planning commission under a different and rather pompous name.

History will judge to what extent this new organisation will be able to transform the country. But, the Right-wing urge, which was the midwife to its birth, can be detected in another transformation – the wiping out of the last redoubtable Mughal emperor Aurangzeb’s name from a major thoroughfare in Lutyens Delhi and writing in its place the name of the former President, Abdul Kalam. Since Aurangzeb has always been the bête noire of the saffron camp, mainly because of his role in destroying temples and building mosques in their place – notably the one in Mathura – it can seem that the Hindutva lobby was waiting for an opportune moment to erase his name from a prominent location.

Arguably, Kalam’s death gave the saffronites a chance to do so since few will object to the honouring of the widely admired missile man. The saffron camp may have also calculated that his being a Muslim will take the sting out of any complaint that Aurangzeb’s name was being erased because of his faith. It had earlier been suggested by the saffron busybody, Subramanian Swamy, that the road be named after Aurangzeb’s bête noire, the emperor’s elder brother and claimant to the throne, Dara Shikoh, whom he put to death. Left to themselves, the fundamentalists in the BJP, the Vishwa Hindu Parishad, the Bajrang Dal and other like-minded outfits would have liked to rub out the names of other Mughal emperors as well like Humayun, Shahjehan and Akbar, who have major roads in the Lutyens area named after them. But, the saffron camp apparently still has a few Vajpayee-type moderates who will not approve of such dramatic steps.

Even then, there have been suggestions that Akbar should not be called the “Great”. As Rajasthan’s primary education minister, Vasudev Devnani, has said, “Let me tell you, he is not ‘the Great’. Maharana Pratap is ‘the Great’. Akbar was merely a ruler. If there is a chapter on Mughals, maybe he can have a mention in that, but not a separate detailed chapter on him”. If Akbar is finding it difficult to keep his place in history under the new dispensation, it is surprising that Aurangzeb held out for so long. But, he is at least lucky that a worst fate than the erasure of his name hasn’t befallen him, for another man, who also died in 1707 like Aurangzeb, the Sufi poet, Wali Mohammed Wali, who is known as Wali Gujarati or Wali Deccani, has suffered the mortification three centuries after his death of the desecration of his dargah or grave in Ahmedabad.

It was vandalised during the 2002 riots with a road being built over it so that even its location might not be remembered after a few years. For a time, it was believed that the high court’s directives on the rebuilding and repair of religious structures damaged during the outbreak might lead to the restoration of the dargah, but there has been no move in that direction by the state government. If Aurangzeb Road has been renamed, can the city built in 1653 by the “cruel” emperor be far behind? Within a day of the decision in Delhi, the Shiv Sena in Maharashtra called for the renaming of Aurangabad as Sambhajinagar after Shivaji’s son. There has also been a demand for renaming Ahmedabad as Karnavati and Allahabad as Prayag.

The burning of books and the obliteration of history is a familiar fascist-fundamentalist trait as can be seen from the bonfire of books by the Nazis to the demolition of ancient historical structures by the ISIS psychopaths. The saffron brotherhood, too, targeted three mosques in the 1990s, demolishing one and chanting- “Yeh toh pehli jhanki hai, Kashi Mathura baki hai”. The group has calmed down in recent times, but the iconoclastic fires still continue to burn. (IPA Service)