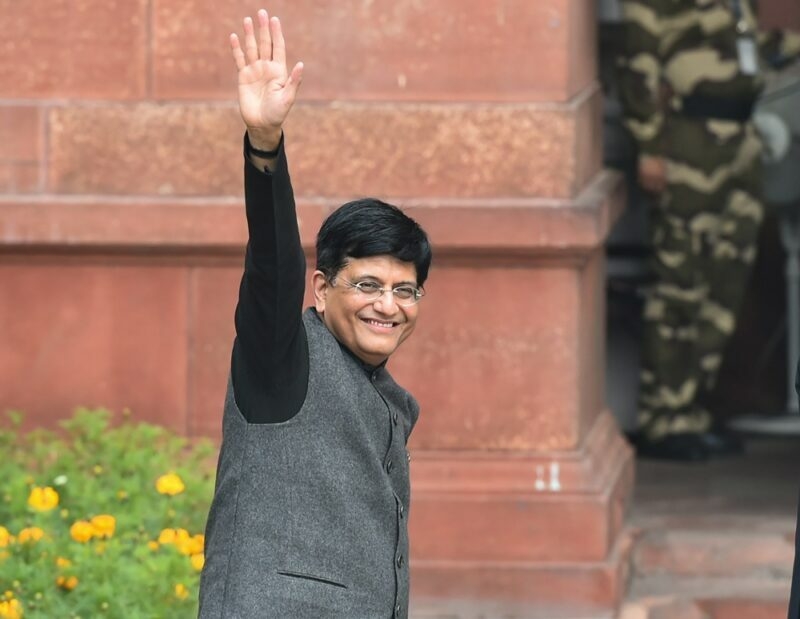 Finance Minister Piyush Goyal has claimed with some justification that the NDA Government has been successful in keeping the fiscal deficit under control. Commentators have pointed out certain window dressing and the actual fiscal deficit may be larger than said. That said, the Government is clearly committed to controlling the fiscal deficit. The global development mantra today is that low fiscal deficit signals good governance and can help attract large foreign investments.

However, it also limits the capacity of the government to make investments in ports, highways and e-governance which, in turn, hurts both domestic and foreign investment. Low fiscal deficit also means fewer jobs. Economists have found a direct relationship between inflation and employment.

More inflation means more jobs and vice versa. The underlying idea is that when government prints notes to make highways and ports or to make expenditures in MNREGA, it leads to two consequences simultaneously. More notes in the economy leads to inflation.

At the same time, demand for labour is created in the making of highways and ports. Thus, an increase in the rate of inflation comes along with creation of jobs and a reduction in unemployment. And hence, control of fiscal deficit is anti-poor.

They are deprived of jobs that could come from increased government expenditures. Control of fiscal deficit has two consequences simultaneously. On the one hand, it helps attract private investment and adds to jobs in the private sector. On the other hand, it leads to loss of jobs in the Government sector.

The latter negative impact of fiscal deficit is ignored by mainstream economists who peddle the views of the World Bank and the IMF. The net impact depends upon whether the increase in private investment is more or decrease in government investment is more. The track record of the last four years of NDA Government indicates that control of fiscal deficit is not bringing in private investments but in leading to loss of jobs. This is why businesses are down today.

Economist John Maynard Keynes gave the mantra of jumpstarting growth by increasing fiscal deficit in the thirties. Mainstream economists say exactly the opposite today. Was Keynes wrong, then? Let us examine his sayings. The American economy was in deep depression in the late thirties. The US economy started to enter the recession in 1929. President Truman continued to follow the policy of zero fiscal deficit for almost a decade.

Both private and government demand were declining and there was a steep increase in unemployment. In this grim situation, Keynes suggested that the American government must print notes and increase demand in the economy just as a dying person is put on the respirator.

President Truman accepted Keynes’ advice and soon the American economy started looking up.This is exactly what is happening in India today. Finance Ministers Jaitley and Goyal have cut government expenditures to control fiscal deficit. This reduction has reduced the demand in the economy and pushed the economy into a recession.

The Indian economy is today caught in a vicious cycle of reduced production, reduced revenues, reduced government expenditures, reduced demand, and, as a result further reduced production. This is happening because control of fiscal deficit is not actually leading to an increase in private investment. I must say here that I am not convinced about the increase in growth rates that are claimed in government data. There is nothing on the ground that indicates of a vibrant economy.

My understanding is that increase and a decrease in fiscal deficit are inconsequential. The key lies in the quality of government expenditures. A fiscal deficit translates into inflation when the quality of government expenditures is poor, for example, in making statues or paying huge salaries to government servants. In such a situation, it leads to inflation as notes are getting printed, but does not lead to the creation of jobs.

The same fiscal deficit translates into creation of jobs when the quality of government expenditures is good, for example, in making roads and providing electricity in the slums. In such a situation, it still leads to inflation because notes are getting printed, but also leads to the creation of jobs. An increase in fiscal deficit may not even lead to inflation if the quality of government expenditures is good.

Let us say, the Government prints notes and uses them for making roads and ports and for establishing factories like the Bhilai Steel Plant. These expenditures will lead to an increase in production. The increased production will nullify the inflationary impact of printing notes. Let us take an example. Say, the economy today has production of 100 kilograms of wheat and the notes in circulation are Rs 1,000. The price of wheat is Rs 10 per kilo.

Now, let us say the Government prints note of Rs 100. The total notes in circulation increase to 1,100. At the same time, the production of wheat increases to 110 kilo. The price of wheat in the economy will then remain at Rs 10 despite fiscal deficit having increased. Thus, the impact of fiscal deficit depends on the nature of expenditures. An increase in fiscal deficit will lead to no inflation and also creation of jobs if the quality of expenditures is good.

Bharat Jhunjhunwala is a former professor of Economics of IIM Bengaluru.