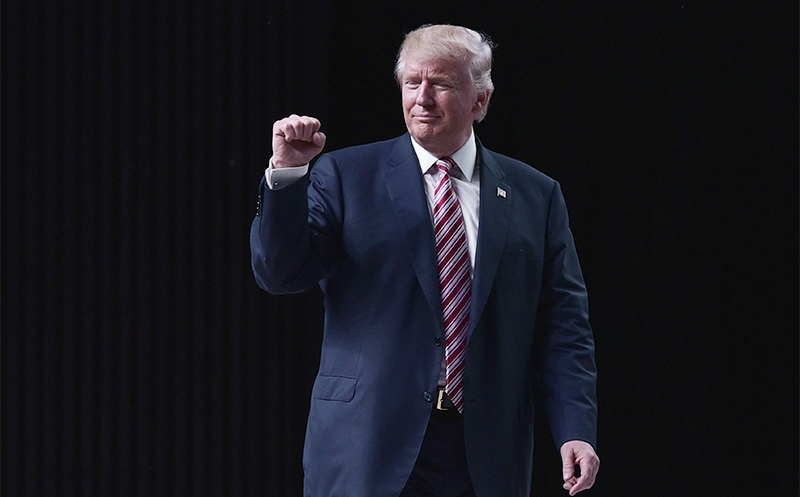 Testimony by Christopher Anderson, a State Department Foreign Service officer, that Rudy Giuliani was orchestrating for President Trump the administration’s policy towards Ukraine was just the latest in a string of voices confirming for Congress the worst claims of the two whistleblowers.

At this point there is no need to hear from either of the whistleblowers since their complaints have been corroborated by officials whom congressional investigators consider credible witnesses. Among these witnesses is a decorated military man and national security official at the White House who was actually on the July 25 phone call between Trump and Ukrainian President Zelensky.

Sinking the president even deeper, the Democrats have scheduled a vote for tomorrow establishing officially both the impeachment inquiry itself and the rules for it. Those rules include hearings open to the public, undercutting the GOP’s false claim that the inquiry is invalid because it hasn’t been voted on by the full House and because of the initially secret hearings, all of which have been open to more than 40 Republicans.

Anderson’s testimony was significant today because the dates of corroborating events he described for Congress show that there were people in the White House who knew about and opposed Trump’s demand that Ukraine investigate the Bidens before the July 25 phone call and that there are people in the White House who were deeply troubled before July 25 by Trump’s reliance upon guidance from Giuliani whose close associates are under criminal indictment and who himself is the subject of a criminal investigation in the Justice Department’s Southern District of New York.

Like a whole string of witnesses this week and last week Anderson had been ordered by the Trump administration not to testify but did so anyway when they received congressional subpoenas.

The most damaging testimony to Trump, however, came on October 29 from Alexander Vindman, an Army officer and official with the National Security Council who works at the White House and was actually on the famous phone call. Vindman, who told Congress he had had complained in the White House about the push to investigate the Bidens, also testified that the transcript of the July 25 phone call released by the administration was not accurate. Among other things, it omitted sections where Trump had told Zelensky specifically about the need to investigate the Bidens. Vindman told Congress that he tried to have those sections reinserted into the transcript but that his request was refused.

Trump attacked Vindman as a disloyal “never Trumper.” Other leading Republicans joined in, even questioning his patriotism. Vindman is a lieutenant colonel who was injured and received a Purple Heart for service in the Middle East.

His damaging testimony was particularly important because he was the first person who was actually on the July 25 phone call to testify to Congress.

Confidence is building in Congress that the pile of evidence against Trump is overwhelming. While it is so extensive that a long list of articles of impeachment could eventually be produced they have had to think about categorizing the many crimes of the president. Reports today say they are thinking in terms of the ABC’s of impeachment, drawing up categories that directly link to the Constitution’s parameters for impeachment. They believe most of his crimes can fit into three separate categories: for abuse of power, betrayal of his oath of office and the American people and corruption.