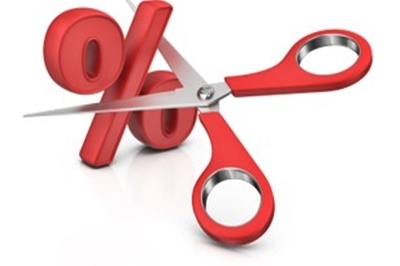 Last week’s decision of the Monetary Policy Committee was keenly awaited. Would they cut the Reserve Bank of India’s policy rate by 25 or 50 basis points? (One basis point is one hundredth of one percent). This is called the repo rate, at which banks borrow emergency funds from the RBI against some collateral. It is called the “overnight window”, and helps banks tide over temporary mismatches in demand and supply of funds at the bank level or the bank branch level. If the system is experiencing heavy demand for loanable funds then the repo rate is raised, so that scarcity is signalled. Funds become dearer. If there is excess supply of funds sloshing around in the system, then there is room for a rate cut. Even though the repo rate is an interest rate only between the RBI and member banks, it has repercussions throughout the system. It affects what interest rate home loan borrowers pay and their EMI (equated monthly instalment). It affects at what rate industry can get term loans for new projects like building a factory.

But there is a flip side to interest rates too. Much larger than the class of borrowers is the class of depositors. They are a large and diffused constituency, without a spirited and vocal representation like the chambers of industry. They put their money in savings accounts or in fixed deposits. This class includes retired people, daily wage labourers, small savers, or those running non-profit organizations like schools, who keep their savings in banks. They earn interest on their savings account or through their fixed deposits. All lending interest rates in India were deregulated by 1994 as part of banking deregulation. Deposit rates for the duration of 30 days and above were deregulated in 1997. But savings rates were not deregulated. In 2003 the RBI fixed the savings rate as 3.5 percent.

The reason given then for not deregulating, was that a large portion of savings accounts were held by urban and semi-rural households. Hence it was important to have a lower bound on how much interest they could earn in those accounts, as it had implications for financial inclusion. In 2011 the RBI initiated a discussion on deregulation of the savings rate too, and it was finally completely deregulated later that year. Of course by then there was much innovation in the financial sector. You could link a fixed deposit with your savings account, and “sweep in” the necessary amount only into the savings account as and when needed, thus earning a higher return.

Much later, perhaps the money market mutual funds might also allow you to withdraw funds as if from an ATM (not yet possible in India). So deregulation was keeping pace with the development of these hybrid products and innovations. Of course it is a different story whether financial literacy was also keeping pace with the fast moving innovations. Quite often even well-educated depositors and savers, are unable to discern the exact risk in keeping their money in hybrid instruments, or mutual funds. In that sense, the good old savings bank account is the gold standard in safety. (It is also true that the financial sector accounts for only half of India’s macroeconomic savings. The rest goes into gold and real estate. That might have changed since demonetisation, but evidence is awaited.)

So back to the keenly awaited decision of the MPC. Since inflation was at a record low, industrial borrowing was not picking up, the real estate sector was suffering from high rates, would it oblige? Surely the time was ripe? There were enough signals from Delhi, both implicit and explicit, about the need for a massive cut, to stimulate the economy. It is true that in the last fiscal year, bank lending grew at a meagre 5 or 6 percent, perhaps the lowest in fifty years. And if you take away loans for homes, cars and credit cards, then industrial loans probably grew close to zero. Surely a worrying point, but are high interest rates to be blamed for lack of investment enthusiasm? The stock markets are climbing new peaks, civil aviation is chugging fine. Clearly the reasons are manifold, and interest rates alone cannot solve this mystery.

Besides the MPC’s exclusive mandate now is to keep an eye on inflation, and not worry about economic or job growth. And the signs are that inflation is going to pick up in the coming months. The MPC is supposed to forward looking, and not refer to inflation rates of May or June.

But the biggest surprise was what happened before the MPC’s decision. The biggest bank in the country, accounting for one fifth of all deposits, announced that it was reducing the savings deposit rate by 50 basis points. This is unprecedented. Usually banks follow the stance signalled by the RBI, and not vice versa. The State Bank of India said that due to demonetisation, there was such a huge inrush of deposits, that it had too much. Its cost of collecting deposits countrywide had fallen. So it no longer needs to “attract” depositors with the same vigour. Of course, since it is the leader, other banks will follow suit. The bank’s profitability is determined by the gap between what it pays to depositors (the savings rate), and what it charges to the borrowers. This is called the net interest margin (NIM). If the MPC had now kept the repo rate unchanged, then SBI’s action meant higher NIM. This was not tenable, and anyway this opened the way for a small 25 basis point rate cut. In a way, the borrowers can look forward to a 75 basis points potential relief because of SBI’s actions. Cumulatively since early 2015, the RBI has now cut the repo rate by 175 basis points, which is not small at all. If industrial investment is still not picking up robustly we must seek answers elsewhere.

In the meantime, spare a thought for the depositor. Her return on savings is now merely 3.5 percent. Don’t ask her to rush into mutual funds, without first educating her about the risks and rewards. Also, inflation is going to eat into that 3.5 percent soon. No way of dodging this reality. In India, interest rates cannot go indefinitely down as in Japan or Switzerland.