Shah has made it clear that the Centre and the Delhi government would have to work in tandem to make the country as well as the national capital “coronavirus free”.
Shekhar Iyer 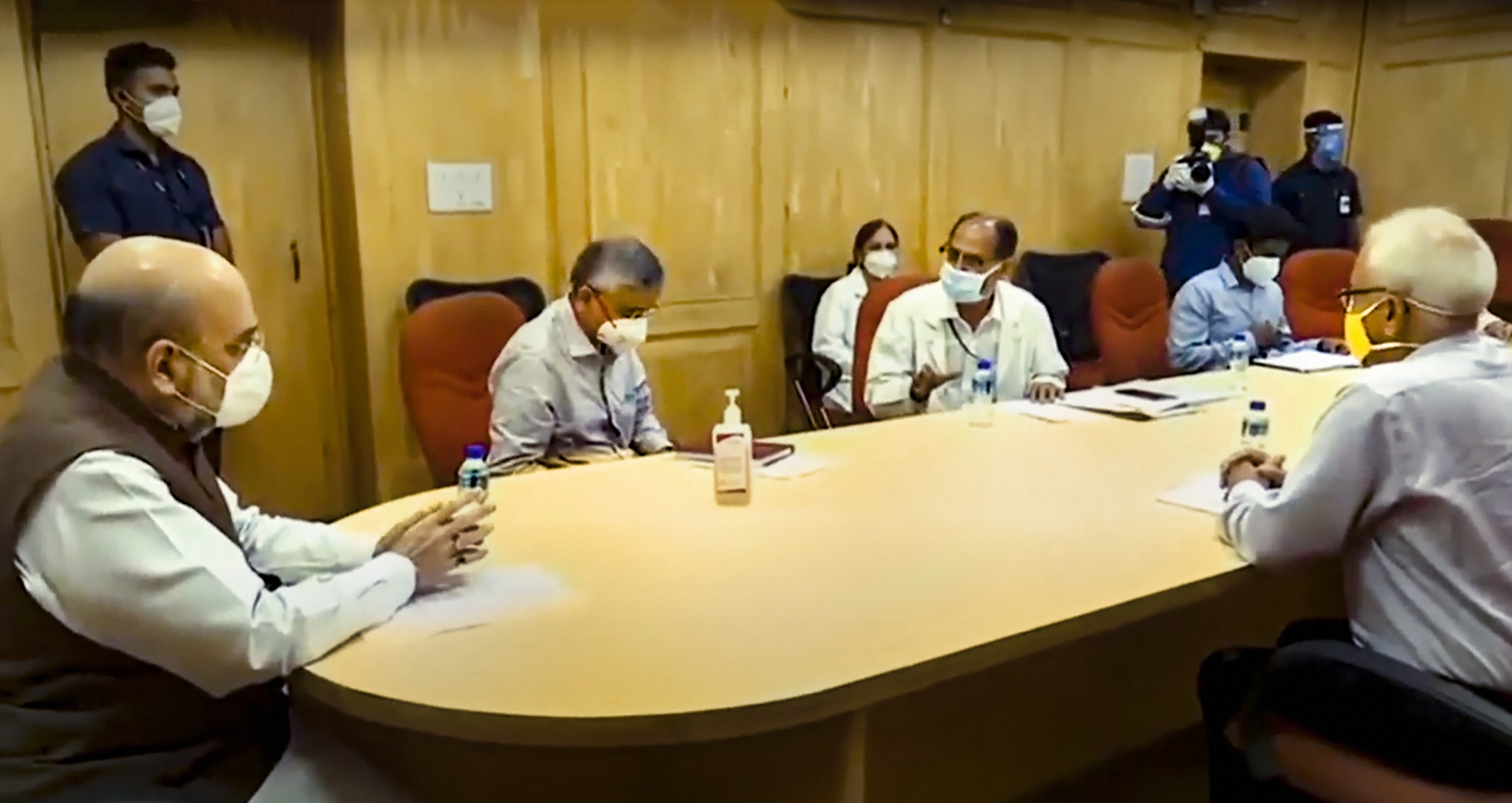 By deciding to intervene and supervise steps urgently needed to contain the pandemic in Delhi, Union Home Minister Amit Shah has rightly signalled the Centre’s seriousness to not let the situation slip any further in the national Capital.

Time has come for politics to take a backseat. Perhaps, it was a prod from PM Narendra Modi that saw Shah holding back-to-back meetings with Delhi Lt Governor Anil Baijal and CM Arvind Kejriwal over the weekend, followed by an all-party meeting on June 15 during which an assurance was given out that COVID-19 testing would be ramped up to 18,000 in the next few days.

Delhi residents have had a tough time. The city had been reporting the third-highest COVID-19 count (of more than 41,000 cases and 1,300 deaths) after Maharashtra and Tamil Nadu.

As the number of coronavirus infections kept going up every day, Delhi residents were wondering why the Centre was not intervening to check what appeared to be inability on the part of the Kejriwal government to handle it alone.

Many people were swamped by graphic WhatsApp accounts from individuals who were unable to get themselves tested or lose their family members because they could not get admitted in hospitals in time or receive adequate medical attention.

Fears also began to mount over whether Delhi was headed for another lockdown as it could not afford to open up in a staggered manner as announced earlier. These came amidst allegations of underreporting of COVID-19 deaths with the Delhi government’s data not tallying with that of the three municipal corporations. Frequent changes in testing protocols also created confusion amongst laboratories, hospitals and patients.

Anxiety also began to build up after Delhi’s Deputy CM Manish Sisodia quoted that experts projected the possibility of 532,000 cases by the end of July and Delhi needing a total of 150,000 beds by then to handle the crisis.

A few days ago, the Supreme Court had upbraided the Delhi government for its handling of the crisis and directed it to “take immediate remedial action”. It was clear that Delhi’s problems have arisen not just from its inability to test, trace, isolate and treat all cases and stop the fatality rate from rising. Rather, the very nature of the administration of Delhi with unique separation of powers involving the Centre, the city government and the municipal corporations have compounded issues.

What shocked the residents of Delhi was that Kejriwal had all along been claiming that his government was prepared to handle as many as 1,000 positive cases per day and was “four steps ahead of corona” till as recently as May 30.

As a consequence, by the first week of June, the signs of desperation were unmistakable. The 400-odd much-hailed mohalla clinics, a flagship project of the Aam Aadmi Party (AAP) government, too could not cope up with the challenges posed by the pandemic. Their role seemed to be less than adequate when dedicated COVID-19 hospitals were crumbling under stress.

But why is Delhi scaring everyone — not only its residents but the neighbouring states? Delhi is no longer just the Capital of India. It has now grown into a National Capital Region. After the lockdown ended and when states started opening certain economic activities, Uttar Pradesh was the first state to note a spurt in cases traced to Delhi because of frequent travel by many people between the two states. So did Haryana and even little far away Rajasthan.

Finally, Lt Governor Anil Baijal, the Centre’s point person for Delhi, realised that the management of the pandemic was creating an atmosphere of helplessness though an epidemic had been officially declared on March 12.

Baijal first shot down Kejriwal’s decision of June 6 to reserve Delhi hospitals only for Delhiites and limit the number of tests under new rules that fell afoul of the ICMR guidelines. An astute politician like Kejriwal thought best to avoid confrontation with the Centre at this time. A meeting between him and Amit Shah on June 14 resulted in announcing a set of long-overdue steps to reassure the people of Delhi.

One, the testing rate in the Capital will double in the next two days and triple in six days. Secondly, the Centre will provide 500 railway coaches, which will add another 8,000 beds to Delhi’s health infrastructure. Lastly, there will be rigorous contact tracing in containment zones. Rates to be charged by private hospitals for testing and treatment would be fixed soon. Maharashtra has already shown a way in this regard.

Shah has made it clear that the Centre and the Delhi government would have to work in tandem to make the country as well as the national capital “coronavirus free”.

Of course, these steps could have been taken earlier, utilising the period of the lockdown. Nevertheless, the focus must now be on implementing the decisions. Shah can show his mettle. Delhi’s battle against COVID-19 can be a standing example for times to come.

The writer is a former Senior Associate Editor of Hindustan Times and Political Editor of Deccan Herald, New Delhi.