Deepa Gahlot reviews Christina Sweeney-Baird's novel, The End of Men, in which a vicious virus targets only males

Other works of sci-fi and speculative fiction have thought up ‘What if’ scenarios about a possible future without men, and mainly two outcomes have been thrown up—one of a compassionate and just matriarchal society, and the other of a dystopia in which greed and lust for power takes over eventually, as women end up imitating the worst of male behaviour.
Deepa Gahlot 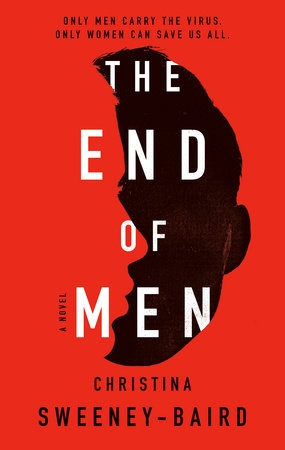 Before the coronavirus sent the world reeling, Christina Sweeney-Baird had written a somewhat prescient book about a similarly vicious virus let loose across the globe, the difference being that it targeted only males—from newborns to the elderly. Her novel, The End Of Men, released earlier this year, imagines what would happen if 90 per cent of the planet’s male population were to be wiped out.

Other works of sci-fi and speculative fiction have thought up ‘What if’ scenarios about a possible future without men, and mainly two outcomes have been thrown up—one of a compassionate and just matriarchal society, and the other of a dystopia in which greed and lust for power takes over eventually, as women end up imitating the worst of male behaviour.

In more practical terms, if men started disappearing, initially, there would be a major crash of law and order and finance, because the world’s governments, armies, police forces, industries, banks, top management, science, engineering and IT sectors have an overwhelmingly male workforce; carpenters, plumbers, electricians, garbage collectors, undertakers are mostly male. Women are somewhat predominant, in medicine, education and culture. So, without male workers, there would be a logjam in every sphere of life, and a crisis of unimaginable magnitude. (The same would happen without women, but that is outside the purview of this novel.)

Baird’s book, set in the near future, remains mostly in Scotland, where the virus originates and fleetingly touches up the impact on the rest of the world. It would be interesting to see how Asian societies with their preference for sons would cope if male children did not survive.

In Sweeney-Baird’s book, mothers who lose their sons feel envious of women who have daughters, and when pregnant women give birth to girls, they weep with relief and joy.

A female doctor in a Scottish hospital, who first notices symptoms of dangerously high fever and quick death in males, and tries to warn government health administrators, is dismissed as a hysterical crank, till the cataclysm strikes and brings the arrogant male order to its knees. As males die rapidly, their bodies are carried out by hazmat-suited volunteers, and cremated, without giving grieving families time with their loved ones or the emotional closure of a funeral.

Sweeney-Baird concentrates on the personal loss felt by women who lose loving husbands and beloved sons, homes turned from thriving families to communities of desolate women, mourning alone. Only in Russia does a woman actually wish for her brute of a husband to be felled by the Male Plague, as the pandemic is labelled, and when he turns out to be immune, deviously murders him and calls the volunteers, knowing that they will not stop to check cause of death. Other men in the book are romantic, faithful and kind-- no abusive husbands in sight!

In the real world, imagine if men suddenly found themselves in short supply—it would not take long for them to form harems of women pandering to their every whim. In the book, a man talks about how he is approached by women in public places, but no harm comes to him. In a reversal of the scenario, if a pandemic left just a few women alive, there would inevitably be violence, kidnap and rape, not to mention a sci-fi setting in which women were thrown into prison cells and literally turned into baby-making machines.

In The End Of Men, capable women, who were ineffectually crashing against career glass ceilings, are automatically called on to fill positions of authority and work towards controlling the mayhem. The vaccine for the Male Plague is also discovered by a woman scientist, who, in normal circumstances would have remained a junior research assistant. The world is outraged when she demands that she be financially compensated for her work, because women are expected to be unselfish and undemanding, especially when their efforts would benefit society.

A Filipino nanny to the kids of a rich Chinese family is told by her mother, “There has never been a better time to make something of yourself. All the men are dead and businesses need people.” She returns to the city and becomes a successful businesswoman. Elsewhere, women are forcibly drafted and rapidly trained to take over jobs that men used to do.

Apart from women connecting to other women sexually, the high proportion of females in the world helps making lives safer and also easier for them at a day-to-day level, writes Sweeney-Baird -- like the design of cell phones that fit into smaller hands and pockets, the first ever drug to treat endometriosis being discovered, the lives of female cops, soldiers and firefighters being saved with Kevlar vests and helmet made to their size (Caroline Criado-Perez has written her book, Invisible Women, about men designing medical or safety equipment with only men in mind). An unexpected result of women being in the majority is, as one of the surviving boys in the book notes, when “people talk about people, they say ‘women’ now. I don’t like it.” Obviously, women are no longer expected to change their names or identities after marriage.

A woman whose husband had abandoned her and returns suddenly expecting a hero’s welcome, says, “Some of the men that are left have this weird complex. Just because they’re of the ‘chosen few’, they think they are gods. You see so few men about that they’ve mistaken shock for awe, when they see women’s expressions. But they are not better just because there’s fewer of them.”

No guns, no rape

A female Chinese rebel leader in a country wracked by civil war says, “We are safe, we can continue to fight. The Plague is burning everything to the ground and we will rebuild it better, different…For the first time rape is not a tool in this war. Guns can’t be used senselessly because there aren’t enough surviving men to fire them…”

Is a female world order so tough to contemplate? In a 2010 essay in The Atlantic, which was turned into a non-fiction book, titled The End Of Men: And The Rise Of Women, Hanna Rosin wrote, “Earlier this year, women became the majority of the workforce for the first time in US history. Most managers are now women too. And for every two men who get a college degree this year, three women will do the same. For years, women’s progress has been cast as a struggle for equality. But what if equality isn’t the end point? What if modern, post-industrial society is simply better suited to women?”

She noted in her piece, “For a long time, evolutionary psychologists have claimed that we are all imprinted with adaptive imperatives from a distant past: men are faster and stronger and hardwired to fight for scarce resources, and that shows up now as a drive to win on Wall Street; women are programmed to find good providers and to care for their offspring, and that is manifested in more-nurturing and more-flexible behavior, ordaining them to domesticity. This kind of thinking frames our sense of the natural order. But what if men and women were fulfilling not biological imperatives but social roles, based on what was more efficient throughout a long era of human history? What if that era has now come to an end? More to the point, what if the economics of the new era are better suited to women?”

In developing societies that offer level playing fields to women, along with benefits like maternity benefits and childcare, women have excelled in their chosen fields, despite all obstacles and rampant pay disparity. There is an increase in households headed by women or in which they are primary earning members. Even if there is an increased feminisation of modern society, it does not mean men are, or will ever be, redundant, but that over time, like everything else, gender roles also have to evolve. When this is understood, the war of the sexes will also end... hopefully in a peaceful ceasefire.