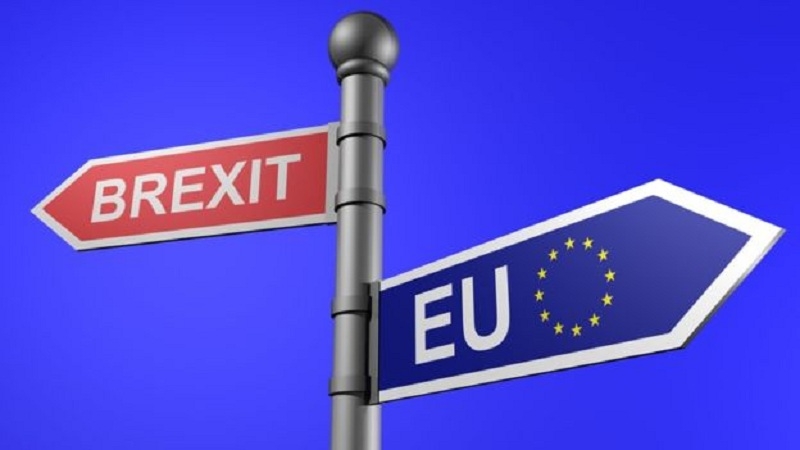 When the Brexit referendum was put to vote in UK, thegeneral expectation was that it would remain in the EU. In the June 23, 2016referendum, 17.4 million voters, 52 per cent, backed Brexit ,while 16.1million, 48 per cent, backed staying in the union. The difference was only 4%of voters, 1.3 million. Since the time available for Brexit was 21 months fromthe date of referendum, the UK government was hopeful that before the periodgets over, they would be able to strike a deal for post Brexit scenario with EUand other members countries and the Brexit process would be smooth, lesspainful and could be achieved in a least effort with least cost. After theresult of referendum was out, it created ripples in UK. Look at the thinmargin, many felt that , Brexit would be bad for the UK Economy. There werealso talks that second referendum should be conducted, since the margin wasthin and for a event which would have significant impact for all thestakeholders, it was better to reconfirm the mood of people again before goingahead with such a big economic reform. By end of December 2018, the post Brexitdeal is yet to be reached. This has created a lot of uncertainty in the mindsof all the stakeholders and will have significant short term impact on the UKeconomy. Closer to the implementation date, it emerges that there are many issuesrelating to immigration, trade barriers, cost of doing business, logistics,hospitality, business competitiveness and the need to add many new departmentsand functions in various government departments with huge financial outlays.Further, it has created a turbulence in terms of future of businesses,employees and the economic growth. Brexit decision is a unilateral decision.

The ECJ, in its recent statement, opined that since UKdecided to exit EU on its own, till the post Brexit agreements are in place andthe date of Brexit arrives, UK still has the discretion to withdraw fromBrexit. Of course, UK has to go through the governance procedures, indicatingthat it could go through the process of parliamentary vote or any otherprocedure including a new referendum which would allow UK to withdraw from itsproposal to exit EU. As the dead line nears, the expert predictions alsoindicate that the Probability of UK remaining in the EU has increased. There isan increased concern and wish that UK withdraws from the process of Brexit.Considering the fact that UKs trade with Europe amounts to 49% of its totaltrade, Brexit is likely to increase the cost of trade in terms of additionalprocedures, transport delays, additional levies and reducing the ease of doingbusiness. Today many countries are focussing on liberalising the trade and seta goal to move towards higher rank in ease of doing business.

In 2009, the ease of doing business rank of UK was at 5 andit slided to 9 by the year 2018. If Brexit is brought in effect, UKs rank islikely to slide down further. Brexit will increase the trade barriers. Toreduce the impact of the barriers, the efforts should be to remove tariffs andeliminate non-tariff barriers to trade. The assumption behind Brexit is that thiswould happen, which will not be true when it comes to the implementation. Whenvarious expert studies predicted the loss of economic output, one of the mainreasons highlighted in those studies was the presence of new trade barriers.

Brexit will reduce FDI. Of the total FDI in UK, in Jan 2018,42.6% of the investments were from EU and from the companies which have strongties with the UK. After the Brexit, the cross border trade will reduce, therebyreducing the attractiveness of investments by EU companies in UK. Brexit willhave impact on availability of skilled employees. As of now, there are onemillion Britons living in EU and 3.5 million citizens living in UK. EU has madea provision for UK nationals to remain in EU and have introduced a scheme forthem to stay in EU. But it is unclear what will happen to 3.5 million from EUwho are living in UK. Even UK nationals have started registering forcitizenship in other countries to avoid the uncertainty. After the Brexit, itis not clear how the dynamics will work out. If EU citizens leave the country,it will create a big gap in skills required. This will also impact theproductivity of the economy. The relationship of UK with other EU countrieswill undergo a big change.

At the same time, UK will have opportunities to considerother partners to expand its trade, especially from Asia, the countries like;India, China, Malaysia, Vietnam, and Thailand. The predictions by variousexperts on the post Brexit Scenario, project that there could be an economic outputgain of 7% to Economic output loss of 18%. Reduce the ease of doing businessand reinstating the barriers to trade is bound to reduce the economic outputfor both UK and EU. According to various experts, to assess , whether theBrexit is good or bad, there is a need to make the assumptions made for goingfor the Brexit vote transparent to every one.

While putting to vote, the action plans identified for howthe migration would be handled has to be discussed in detail. The post Brexitpredictions by UK government includes, the incremental growth , which willaccrue to the UK economy through non – Brexit policy related actions. Whilelooking at the post Brexit scenario, the effect of non Brexit policy relatedactions on economic growth should be separated, so as to understand the realeffect of Brexit on the future of UK economic growth. In this world of VUCA,Brexit can have a negative effect on the UK and Europian economies. Whereas thescope for achieving a very high economic growth through Brexit is very limited.Further, most of the Europian economies are growing at the rate of 1 to 2 % andintroducing a new uncertainty will debilitate Europe when there are otherfactors like trade wars and withdrawal of Stimulus by US and Europe.

In the light of this, the following options could be lookedat resolving this issue. The government can take measures including , puttingthe proposal to vote in the parliament, conducting a second referendum or adoptany other procedure as per the UK legislation,which allows the withdrawal ofthe proposal to made to EU. This will help to maintain the status quo, removingall the uncertainties for both UK and the EU. Till now, no deal has beenarrived at and there is an immediate need to decide on the way forward from March2019. To reduce the impact of no deal, which is likely to be very costly forthe UK economy, in the event of deciding to proceed with Brexit,the followingoptions could be looked at. Send a proposal to EU to extend the time period ofBrexit by another six months to one year, go with the Brexit and allow thepresent arrangements to continue for six months to one year, enter intoagreements with each individual member country of EU, where the agreement issimilar to, mirror image of the one signed by UK to be part of the EU. Byconsidering the above options, UK should be able to come out of the short termuncertainty and will have time to look at all the options which will ensure thecontinued competitiveness of UK economy and its long-term stable future.

R Kanan is the Head of Corporate Performance Monitoring and Research, Hinduja Group. (Views are personal).