Bank strike: Why Govt should not cave in, writes S. Murlidharan 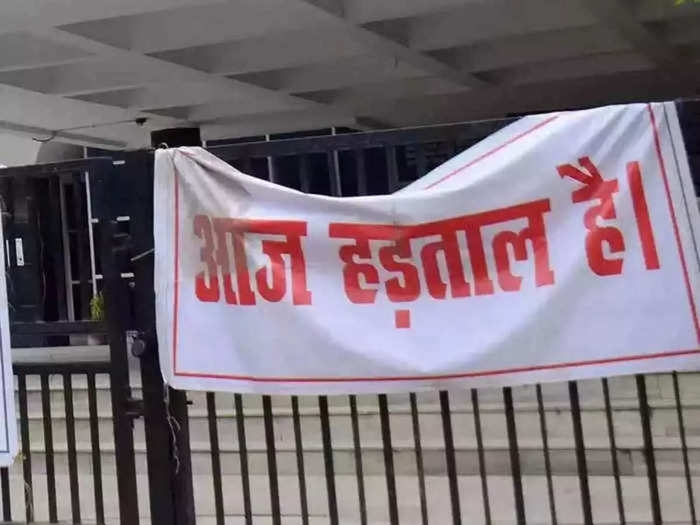 Bank employees have gone on a nationwide strike for two days starting December 16, 2021, in protest against the Banking Laws (Amendment) Bill, 2021 (the banking bill), which among other things clears the decks for privatisation of public sector banks (PSB's) by bringing down the government equity stake in these from the extant minimum 51 per cent to 26 per cent. The government has expressed its resolve to start with privatisation of Indian Overseas Bank and the Central Bank of India.

Niti Aayog, the government think tank, has identified a number of areas crying for reforms. One of them is the farming sector where middlemen have been ruling the roost. The three farm bills were junked last month by the government, clearly with an eye on the upcoming UP and Punjab elections, after the protesters refused to yield and had been laying siege to Delhi for more than a year.

Death of arthiyas or middlemen in Punjab

The discerning and well-informed bemoan the death of avant-garde legislations in the making that was sending shivers down the spines of arthiyas – the Punjab middlemen who made money hand-over-fist in their dual role as wholesale procurers at farmgate, as well as pre-sowing financiers. The middlemen procured dirt cheap and sold to government agencies at minimum support price (MSP). It is a pity the benighted farmers couldn't see through the trick.

The banking Bill, one hopes, doesn't meet with the same fate. For it strikes a fine balance between throwing good money after bad and giving private owners a free run by prescribing a minimum 26 per cent holding for the government that prevents the majority from running amok. Remember, it takes a 75 per cent vote to pass special resolutions that are insisted upon for key decisions, and the government has wisely taken a leaf out of its joint sector model to play a vital role even after ceding majority control.

The last major recapitalisation of banks (euphemism for brushing the accumulated losses under the carpet) was in 2017 of the massive order of Rs 2.11 lakh crore. This wasn't the first nor would it be the last of a it-is-business-as-usual approach that characterised cynical frittering away of taxpayers' money. It is good that the Narendra Modi government has read the writing on the wall and decided to steer clear of the naivety of 'cleaning up the balance sheets' of banks every few years.

Indira Gandhi, the then Prime Minister, nationalised 14 banks in 1969 and followed it up with a slew of more nationalisations piecemeal thereafter; all in the name of ending private sector avarice and self aggrandisement. Two years later in 1971, she did the same to the insurance sector on the same grounds – private insurers were feathering their own nests by putting up fake claims and through other expedients. Bank nationalisation proved to be counterproductive when it soon resulted in a spurt in non-performing assets – an euphemism for bad debts. Today ballpark figures point to a mind-boggling 14 per cent NPA, reflecting a cynical attitude to repayment of loans spawned by the smirking thought that after all PSB's are owned by the government. A slipshod work culture spawned by the same cynical thought completes the picture – inefficiency all the way.

It is true that private banks, while being more fleet-footed, have not been immune from their own share of failings. The Yes Bank story is the saga of the fence eating the crop if the investigative agencies' findings are to be believed. Chanda Kochhar, the erstwhile celebrated managing director of ICICI Bank shocked the nation's conscience by being privy to a shady loan to benefit her husband – if investigative agencies' reports are to be believed. So, if sloth marks the functioning of PSB's, loot and plundering mark the functioning of at least some of the supposedly ivy league private banks.

Bank bailouts could be a thing of the past

The bemused public might thus resignedly say what the heck, both are bad. But the truth is private banks are lesser evils so to speak because taxpayers' money, i.e., good money is not going to be repeatedly thrown after the bad. This would ensure that bank bailouts could one day be a thing of the past. The money thus conserved can bankroll government, social and physical infrastructure projects.

Secondly, strict regulations like prohibition on loans to related parties and Chinese walls can prevent abuse of depositors' funds. It is good that the sluice gates for private banks have not been opened to industrial houses, lest they incestuously divert funds.

The government must thus be complimented for its guarded and calibrated blueprint for privatisation of PSB's. The Congress party sees all the moves of the present government as disavowal of its policies, be it farm reforms or banking reforms, and thus might back the PSB employees whose dovecotes have been fluttered by the banking bill. They see in it not only a threat to their lifelong employment, but also an end of a laid back work routine. The Narendra Modi government retracted seeing the formidable power of farmers' vote bank. However, PSB employees are a different kettle of fish. One hopes the threat of a strike doesn't detract the government from its resolve to usher in reforms. And yes, by the way, banking is one area where customers can consummate most of the routine transactions online or through ATM's. To that extent, the crippling potential of bank employees' strike has been whittled down.

One hopes the 26 per cent stake does not tantalise powers that be to continue to arm twist PSB's. Behest lending has been the bane of nationalisation.