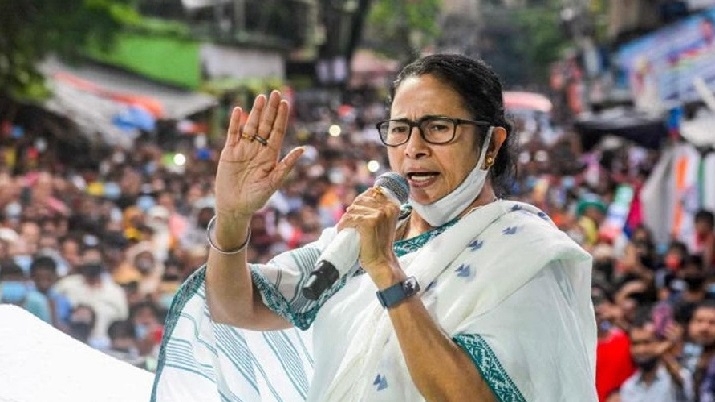 Mamata Banerjee's Goa campaign is built less on real strength, more on bravado. She has travelled from the east to the west to prove that if she can defeat the BJP in Bengal she can defeat it anywhere. But every state is not Bengal. And on top of it, she has blazed blindly and brazenly into the battle, without any time on her hands, without much preparation. Who has built a political party in a new state in a hundred days? A political party that claims itself to be capable enough to capture power in the next sixty days? Only Mamata Banerjee can do it. She has the magic wand.

But the way she has used her magic wand in Goa is totally contrary to the way she did it in her state. There she worked hard for years to build an organisation. She was on the street, on the ground. So much so she acquired the iconic image of a 'street fighter'. In sharp contrast, she has come to Goa as a 'sky fighter'. She is in the political sky, not on the political ground of Goa. She did not have time to build a strong organisation before making a bid for power in the state. The 2024 clock was ticking. So she decided to build the party from the top. She would recruit leaders first; workers would follow.

As in the rest of the country, political loyalty in Goa has come to be like gold; some preserve it for life, some sell it when they can get a good price. During the months before an election, the loyalty-gold bazaar gets bustling with more sellers and buyers. There are legislators who find the avenues of upward mobility blocked for them in their party. There are organisational leaders who are denied scope for getting nominated as party candidates in elections; they sell their gold.

Mamata's men began to haunt the Goa bazaar. They were overjoyed when in their very initial bargains they got Luizinho Faleiro, a veteran Congressman who had been a chief minister, the party's state president and an all-India general secretary. The price he demanded for his gold was a Rajya Sabha seat, which Mamata agreed to pay, because she saw him as a central pillar on which she could build her castle in Goa, supported by a few more pillars. It has since proven to be an overestimation. Luizinho Faleiro does have his followers and has been elected an MLA several times from his home constituency of Navelim, but he lacks a panGoa appeal. He cannot draw crowds. His performance as chief minister was far from impressive and his tenure as Goa Pradesh Congress Committee president only exposed his poor leadership skills.

Hunting for more pillars, Mamata's men held negotiations with several leading politicians across parties – Prashant Kishor, the Indian Political Action Committee head and her election strategist acting as her chief ambassador and negotiator – but in most of the cases the deal could not work out, because the target often priced himself extravagantly. There was one who wanted to be declared as the chief minister candidate of the party. Mamata's men shrewdly calculated that if they projected anyone as the chief minister candidate, the man might repel rather than attract others to join the party. Because the man might carry historical baggage. It was better to leave the leadership issue open in order to hook more leaders.

Then there was the Goa Forward Party, a party with three MLAs, with whom Mamata's negotiators had several rounds of discussions. They could have been a handsome catch, but the GFP leader Vijay Sardessai refused to accept their condition that he merge his party with the Trinamool Congress. He insisted on an alliance, and what was more, on a number of seats Mamata's negotiators were not willing to give him.

At length, by the third week of December, after three months of relentless shopping, the Trinamool Congress had got three MLAs – three precast pillars to build the party's castle in Goa upon. It was not an insignificant gain for a party that had started with zero presence in the state. Yet it remained doubtful how strong and reliable those pillars were going to prove to the party. Other than Luizinho Faleiro, they got Alexio Reginaldo Lourenco from Congress and Churchill Alemao from the Nationalist Congress Party. Both Lourenco and Alemao do not have influence beyond their constituencies.

And all the three MLAs the Trinamool Congress has got are Christians. That is an asset as well as a liability for the party. As a party known for defending the interests of religious minorities, it would seem natural for it to start building its base with Christians who are the largest religious minority in Goa. However, there it has to compete with the Congress. The Christians have been largely with the Congress for the past several years, and have come even more closer to it in the years of ascendancy of the BJP.

This ascendancy has unleashed a pestilence of vigilantism whose victims have been Christians in several places across the country, a phenomenon that has alienated even the small section of Goan Christians who voted for the BJP in the past few elections owing to their admiration for the vision and governing ability of Manohar Parrikar. The present Chief Minister Pramod Sawant's declaration that he would restore the temples destroyed by the Portuguese has only deepened their alienation. They know how the BJP has raked up skeletons from history to fill Hindus with fear and hatred of Muslims. They shudder at the thought of the same happening to them.

The threat to the Christians is big, and therefore they are likely to stay on with the Congress which has a wide base in the state, instead of the Trinamool Congress which, despite its strong secular credentials, is a new and small party, has no roots and may end up only with a marginal presence.

An additional disadvantage of the Trinamool Congress is that it is seen as a party of outsiders. Mamata has tried telling Goans, “I may be branded an outsider, but I want to tell you that I have not come here to become your chief minister. Your government will be run by your own people.” But it is not working. Also because the perception is unmistakable among Goans that she has not come to improve their lives but her life. Her Goa campaign is not for Goa, they say, but for adding one more step to the ladder she is making to climb up to the Delhi throne. 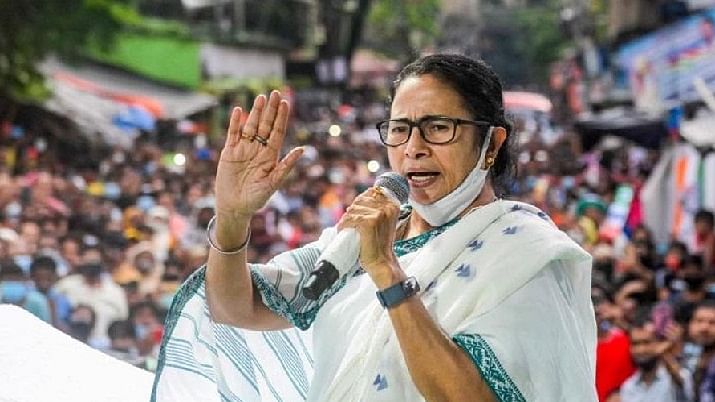