A Chance To End The Stalemate 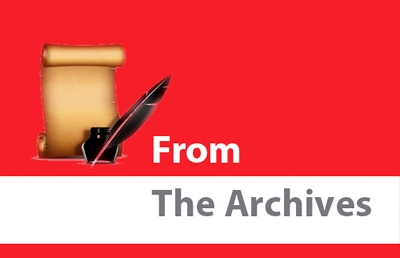 The report that the Leopoldville Government has accepted the Western suggestion to negotiate a compromise with the pro-Lumumba Government in Stanleyville must be viewed with more caution than optimism. For, it is not all that simple to get these two bitterly antagonistic Governments together for a conference. Quite apart from the fact that there is no area of agreement between them and, therefore, no basis for negotiations, the foremost question that needs to be settled is, exactly who represents the Leopoldville Government . In Western and UN eyes, President Kasavubu does. But the West also recognises Colonel Mobutu as the grey eminence behind Mr. Kasavubu. And the Colonel is threatening to queer the pitch of Mr. Kasavubu. While Mr. Kasavubu is all for acting through his Cabinet, the Colonel is against anything that might clip the authority of his College of Commissioners. He is not willing to agree to any compromise that would affect the position of his Commissioners. The Colonel also declared that unless Mr. Joseph Ileo (whom Mr. Kasavubu named Premier after “sacking” Mr. Patrice Lumumba) came to terms with College of Commissioners, he would release Mr. Lumumba and create further confusion.

And at the same time it must be noted that there can be no compromise talks between the Leopoldville and the pro-Lumumba Stanleyville Government without the active co-operation of Mr. Lumumba himself. If the West is really serious about a conference and a compromise between Leopoldville and Stanleyville, it must establish its bona fides with Stanleyville by securing the release of Mr. Lumumba. The Western idea of compromise is evidently an afterthought, motivated by the fact that the pro-Lumumba factions in Stanleyville and elsewhere are not going to take things lying down. The Stanleyville Government, headed by Acting Premier Antoine Gizenga, is something to reckon with. It has been recognised as the “legitimate Government of the Congo” by Mr. Khrushchev and several African countries. It will not be long before aid flows into Stanleyville from those very powers whom the West sought to isolate from the Congo. The United Arab Republic, Ghana, Guinea and other like- minded African nations are also slated to meet in Rabat next week to devise ways of giving direct military aid to Stanleyville. Thus, it is clear that the object of the compromise talks suggested by the West is to eliminate the possibility of the “internationalisation” of the conflict between Leopoldville and Stanleyville. “Internationalisation” of that conflict is bound to wreck the United Nations and possibly spark off a world war. While one may fairly expect foreign supporters of Stanleyville to act with restraint, it is to be hoped that the West and the UN Secretary-General, who will be visiting Leopoldville next week, will strive, for their part, to make the proposals for compromise talks attractive to Stanleyville. There is no doubt that Stanleyville will ask for what the West and its Congolese protégés will consider to be a very high price: a return to the democratic system. But that price must be paid without any further resort to blackmail if peace is desired and not merely a stalemate.